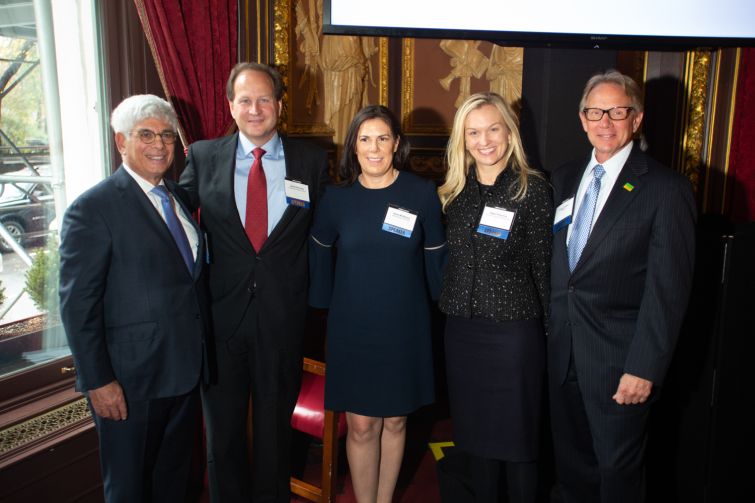 In an overly crowded field of financiers chasing deals, larger borrowers have gained leverage—figuratively speaking—as many of them have the pick of the litter when it comes to loans.

“We are seeing, across the board in the capital markets and balance sheet space, a war on covenants, if you will,” said Kara McShane, Wells Fargo Securities managing director and head of commercial real estate capital markets and finance. “Some of the larger borrowers ask for things like caps on loans with recourse. When you start to see these things getting done with the best borrowers in the space, then the market follows suit.”

In Gerken’s world, a bank like TD isn’t in a position to stretch itself to compete, but “we bring a certainty of execution, and we have a strong balance sheet. If we’ve vetted a deal, it’s going to close; there’s no question whether we can deliver,” Gerken said. “Typically, we’re brought in late in transactions, maybe because a borrower decided to go in another direction [with its business plan] and ran into a problem. But if the return is not there, we’re probably not the best choice.

“Spreads were wider back when banks could play higher on leverage,” Gerken added, responding to a question from Neveloff about competition and where borrowers can find the highest leverage points. “Regulators are happy that banks aren’t engaged heavily in competition [with alternative lenders].”

Overall, with interest rates rising, many borrowers have begun to pull back in search of better options. Climbing rates have created a significant bid-to-ask spread in purchases, Franchot said, and Amherst—a prominent middle-market lender—is picking its spots in lending on acquisitions, an area of its business that’s up 10 percent this year.

While PGIM has found a groove in the hot transitional debt space—it expects to rack up around $1 billion in transitional loans in 2018—Durning said “there’s overwhelming demand for whole loans.” The firm typically targets business plans that call for a long-term hold of an asset, but in the transitional space, its focus has been on supporting good sponsorship and having an exit strategy.

With lending options galore, the once vaunted commercial mortgage-backed securities space has seen its share of the market plummet over the last few years, but McShane hopes to right the ship.

“We’re trying very hard as an industry to fix the notion that CMBS is the lender of last resort,” said McShane. “We have done a really good job as an industry to come together and cure the ills of inappropriate behavior in some cases with special servicers from CMBS 1.0. We’ve fixed the documentation to close loopholes and added parties to the CMBS trust that are looking out for the special interests of the senior investors as well. We’re trying really hard to make it a long-term and viable product that’s relevant.”

Wells Fargo has over $500 billion in master servicing assets on its book, which McShane said puts the bank in a unique position to help steer the market in the right direction.