Owners: Rudy or Mueller? Mueller. (By a Lot.) 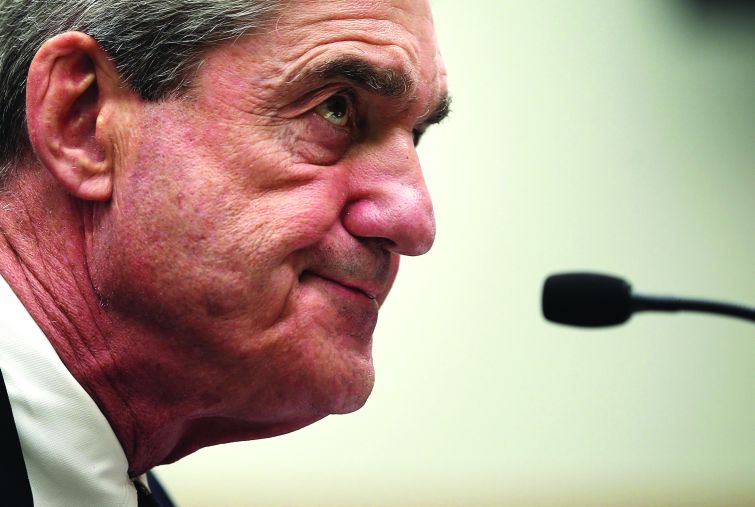 There was a time when real estate professionals loved to expound on how Rudolph Giuliani, a.k.a. “America’s Mayor,” closed down the smut palaces, saved Times Square and presided over a plummeting crime rate, even before they praised his unruffled performance on Sept. 11, 2001.

But it would seem that Rudy is a lot less esteemed 17 years later—at least when compared to his bête noire, Robert Mueller, thanks to Giuliani’s role as Donald Trump’s talk-show-happy lawyer.

While (as per usual) not every owner chose to weigh in on the Giuliani-versus-Mueller question, 42 percent of the real estate owners Commercial Observer canvassed said they preferred Mueller; only 18 percent said they were still Rudy fans.

When asked to pick between the two, Hudson’s David Kramer said, he’d take “the guy who doesn’t seem insane on the Sunday talk shows.”

He added, “What the heck happened?”

“Is Kate McKinnon as Rudy Giuliani an option?” asked the Lightstone Group’s Mitchell Hochberg. (For the record, we didn’t feel we could include Hochberg’s answer as a flat-out Mueller endorsement in our tally, so it wasn’t counted in the percentages.)

Even a number of those who said they still held affection for the 107th mayor of New York City felt compelled to register reservations.

“Giuliani pre-2016,” said Stellar Management’s Larry Gluck when asked which he picked. (That one we counted in Giuliani’s favor.)

“Beyond his latest exploits,” said Muss Development’s Jason Muss, “to me he’ll always be the mayor who turned things around.”

“Rudy,” said Hines’ Tommy Craig, “though he is a bit out of balance these days.”

Of course, Giuliani’s stock has been plummeting with the real estate community since he boarded the Trump train; in 2016 when Trump was a candidate and Giuliani was his most prominent surrogate in the press, hizzoner was uninvited to be the keynote speaker at the International Council of Shopping Center’s New York National Deal Making Conference (first reported in Commercial Observer).

Rudy at least could claim that he was more popular than the junior senator from Texas, one Rafael Edward “Ted” Cruz, currently up for re-election against Beto O’Rourke. Cruz got the support of only four respondents (11 percent), whereas Beto bagged an impressive 15 owners (39 percent)