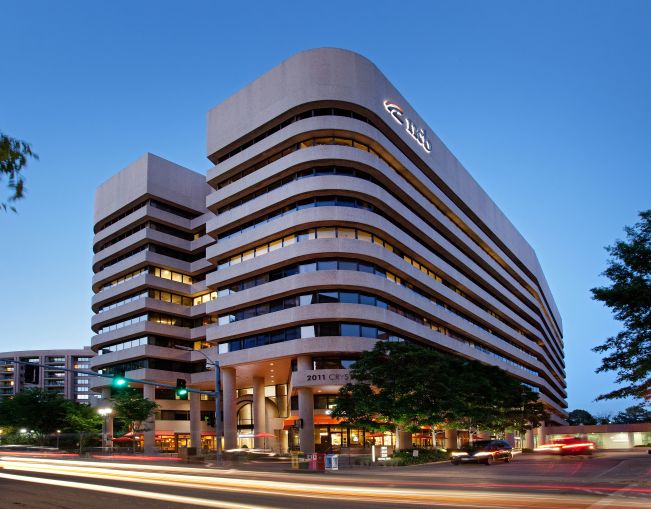 National Cooperative Bank (NCB) has signed a 15-year lease extension for 65,736 square feet of office space at 2011 Crystal Drive in Crystal City, Va., according to a press release from JBG Smith, which owns the property.

NCB supports cooperatives, especially in low-income communities across the U.S., by providing financial and other services, per the release.

The office building has panoramic views of D.C., the Potomac River and Reagan National Airport, which is in walking distance, as are the Crystal City Metro station and Virginia Railway Express. It’s located in National Landing, a newly minted area that comprises parts of Crystal City and Pentagon City in Arlington and Potomac Yard in Alexandria. Amazon announced that one of its two new headquarters will be housed in the new submarket, as Commercial Observer previously reported.

David Ritchey, an executive vice president at JBG Smith, said in a prepared statement, that his firm is “pleased to retain NCB as a member of the National Landing community.”

A JBG Smith spokeswoman would not disclose the asking rent for the office and it’s unclear if brokers were involved in the deal. NCB did not return CO’s request for comment.

JBG Smith has started another construction project in National Landing that will feature 130,000 square feet of retail anchored by a movie theater and a grocery store that’s slated to deliver in late 2020, Ritchey said. The developer owns an additional 6.2 million square feet of space in National Landing that it plans to use for future office and multifamily developments, per a previous CO report.