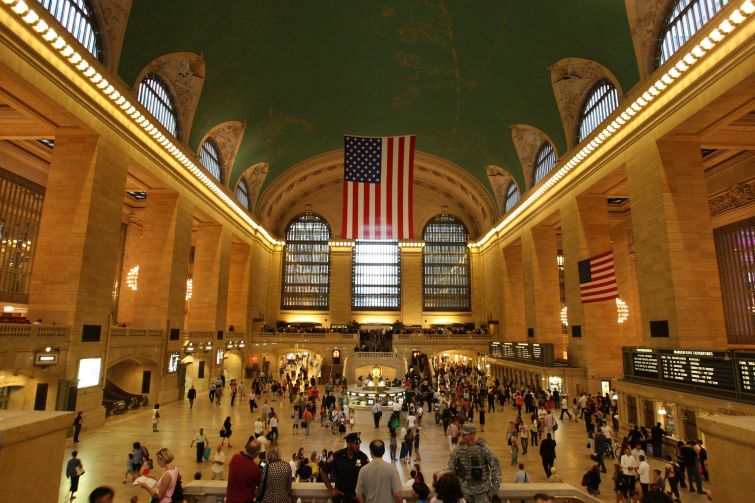 The Metropolitan Transportation Authority plans to buy the iconic Grand Central Terminal from a private holding company for $35 million.

The agency announced yesterday that its finance committee approved the purchase of Grand Central and Metro-North Railroad’s Harlem and Hudson lines from Midtown Trackage Ventures, which has owned the assets for nearly a decade and leased them to the MTA, according to a press release. It expects the full board to approve the plan on Thursday.

MTA’s purchase of the landmarked Grand Central will cut short its 280-year lease with Midtown Trackage Ventures, which it has been paying an annual rent of $2.4 million under, the MTA said.

“This was a no-brainer, from a financial standpoint,” Janno Lieber, the chief development officer for the MTA, said in a statement. “The interest rate environment—and the $500,000 discount offered by the seller—means it’s cheaper to buy it now than to pay rent for all that time.”

The lease expires in 2274 but included a provision when signed in 1994 to allow the MTA a “one-time window of opportunity” to buy Grand Central that closes in 11 months, according to the MTA.

The MTA first leased the terminal in 1972 and later renewed the deal from then owners the Penn Central Corporation, which later renamed itself to American Premier Underwriters. The deal quashed American Premier’s plans to build a skyscraper over Grand Central and let MTA start a $100 million renovation of the building, The New York Times reported at the time.

Grand Central Terminal was built by the New York Central Railroad and opened its doors to the public in 1913 after 10 years of construction, the Times reported. New York Central merged with the Pennsylvania Railroad in 1968 to form PennCentral Transportation, according to the MTA.

In 1970, PennCentral went bankrupt and sold off its assets while leasing out Grand Central and the Hudson and Harlem lines to the MTA. American Premier Underwriters eventually bought Grand Central Terminal but sold it to current owners Midtown Trackage Ventures in the early 2000s.

MTA’s purchase of Grand Central and the rail lines gives Metro-North Railroad “unencumbered control and responsibility of its operating environment” for the first time in its history, MTA officials said.

“This marks a new chapter in the railroad’s history and eliminates a quirk that had lingered quietly in the background as Metro-North has established itself,” Catherine Rinaldi, the president of Metro-North Railroad, said in a statement. “By becoming the true owners of the infrastructure that we have long maintained on behalf of the people of New York, we are asserting Metro-North’s permanence as an institution dedicated to public service.”