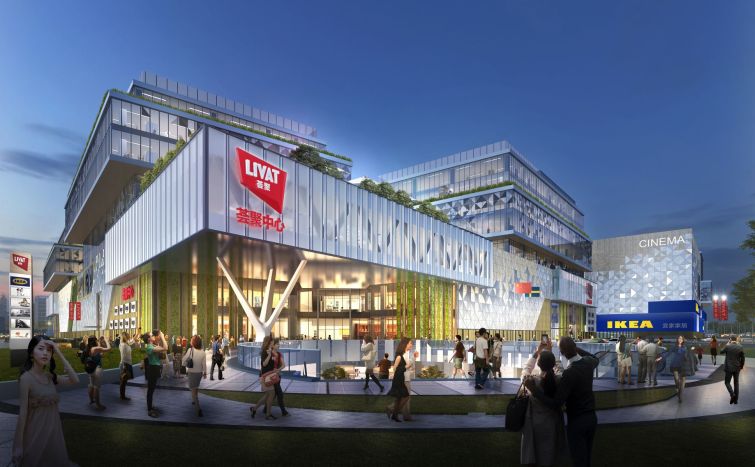 A year after the parent company of Ikea said it was rethinking its business model and focusing on city centers rather than out-of-town warehouses, the furniture giant’s property division, Ingka Centres (formerly Ikea Centres), is taking the same tact.

As part of its plan to invest €5.8 billion (or $6.6 billion) to create new Ikea store-anchored developments around the world, Ingka Centres—a subsidiary of Ingka Group, which is the parent company of Ikea stores—is looking in the next two years to open six mixed-use developments with retail and entertainment areas, health education services and of course, an Ikea. But in the case of these city centers, the Ikea stores will have a smaller footprint (70,000 to 150,000 square feet rather than the more typical 400,000 square feet), Gerard Groener, the managing director of Ingka Centres, told Commercial Observer at MAPIC, the international retail real estate show held in Cannes, France. He anticipates that there will be at least 15 such centers opening within the next three years.

Ingka Centres is targeting 30 major cities in North America, Europe, Asia and Russia, with New York City and San Francisco at the forefront although, Groener said, “we haven’t locked anything in.” The company wants to purchase sites and redevelop them, and has already started visiting some properties in both cities. Other cities on the shortlist include Los Angeles and Chicago.

First up: one in Shanghai, China. Construction is underway on the €1 billion ($1.1 billion) mixed-use Livat shopping center, which will include a smaller 200,000-square-foot Ikea store, 300 other stores, public space, a roof garden, a Scandinavian-styled street and five office towers. The project is slated for completion in 2022.

The new developments will add to the Netherlands-based company’s existing portfolio of 45 shopping centers around the world. All Ingka Centre developments have an Ikea store, but not all Ikeas (there are 367 stores) are in Ingka Centres, Groener said.

Last November, Ingka Group (formerly Ikea Group) launched a new strategy to focus on city-center stores as it sought to rethink its business model amid urbanization and the shift to e-commerce, per the Financial Times. That shift included trying different store formats, including smaller stores. For example, there is a small-format 70,000-square-foot Ikea store opening this spring in Paris, Groener said, although Ingka Centres is not involved.