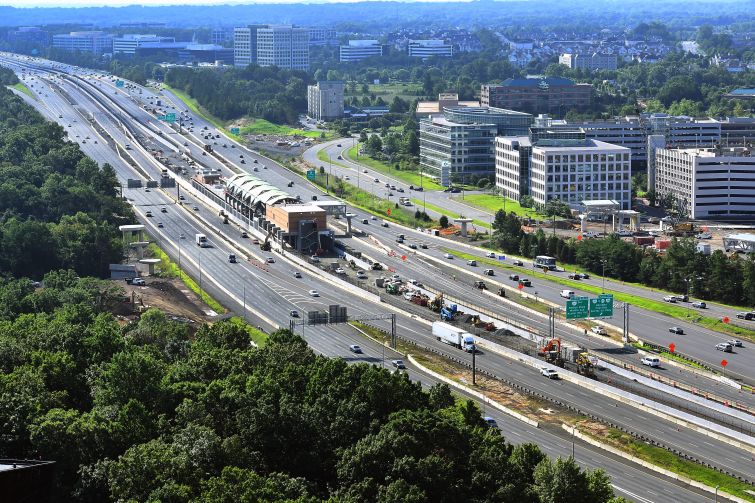 The firms purchased the property for $94.2 million, per a third quarter earnings report from residential REIT AvalonBay Communities, which sold the building in partnership with Equity Residential.

Previously called Avalon Woodland Park, Divco and Blackfin are rebranding the residence as Adara Herndon, per the release.

AvalonBay Communities and Equity Residential did not respond to Commercial Observer’s request for comment. It’s unclear if brokers were involved in the transaction.

Built in 2000, Adara Herndon has 140 one bedroom-one aparments, 188 two bedroom units and 64 three bedroom pads, per the Divco spokesman, who said the deal closed in late October and the firms plan to renovate the property.

One bedroom apartments start at $1,495, two-bedroom pads rent from $1,829 and three-bedroom units start at $2,386, according to the property’s website. The building also has a pool, fitness center, business center, clubhouse, playground, volleyball court and BBQ stations.

Adara Herndon was about 95 percent occupied at the time of purchase, the Divco spokesman said.

The building sits across the street from One Dulles Tower, which is anchored by Amazon Web Services. Harbor Group acquired the tower in March for $226, as CO previously reported.

Since March 2017, Divco has also completed three office building acquisitions in D.C. including 1620 L Street NW in the CBD, 1133 15th Street NW on border of the CBD and East End and 1255 23rd Street NW in the West End, per the release, which notes that the firm “has focused on enhancing the assets through capital improvements and leasing.”

Divco, which also has office in Boston, Los Angeles and New York, announced in the release that the firm recently opened an office in D.C. at 1620 L Street NW.

CEO Stuart Shiff said in a prepared statement that the new space demonstrates the firm’s commitment to the D.C. market, “which we believe to be one of the most attractive growth markets for the innovation economy.”

The firm’s D.C. office will be lead by managing director Ryan Friend, who said in the release: “We look forward to leveraging DivcoWest’s relationships throughout the country to continue the growth of our platform in the region.”