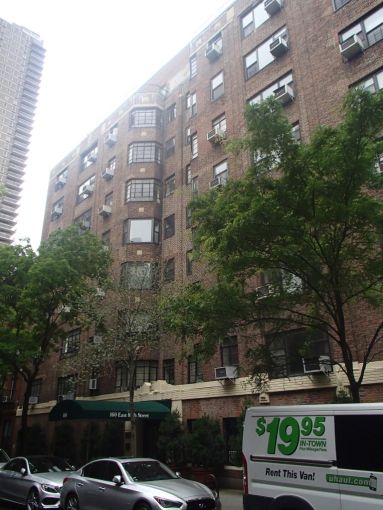 Ditmas Management Corporation has purchased an apartment building at 160 East 89th Street in Carnegie Hill for $55.1 million, according to records filed today with the New York City Department of Finance.

Capital One provided a $11.3 million first mortgage in the deal. The sale and financing closed on Oct. 30.

The entity that sold the property is 160 E. 89th St. Realty Corporation LLC, led by William J. Diamond and Joan D. Steinberg, the children of the late New York City real estate developer Sidney R. Diamond. Since September 2014, the building has been managed by Rose Associates, one of the largest operators of multifamily product in New York.

Developed in 1938 by Sidney Diamond and his brother Arthur, the roughly 64,000-square-foot residential property stands eight-stories-tall and comprises 56 units, according to information from CoStar Group. Connect Hearing, a hearing aid and hearing care center, is housed in almost 2,500 square feet of commercial space on the building’s first floor.

Of the property’s 56 units, 30 are studio or one-bedroom apartments while the remaining 26 are two-bedroom units, according to CoStar. The monthly asking rent per apartment is $4,163, above the $3,586 average rate exhibited in the Carnegie Hill submarket in which the property is located, CoStar data shows.

A CBRE team led by Dan Kaplan, a first vice president within the firm’s investment properties group, represented the seller in the transaction, according to a spokeswoman for the brokerage.