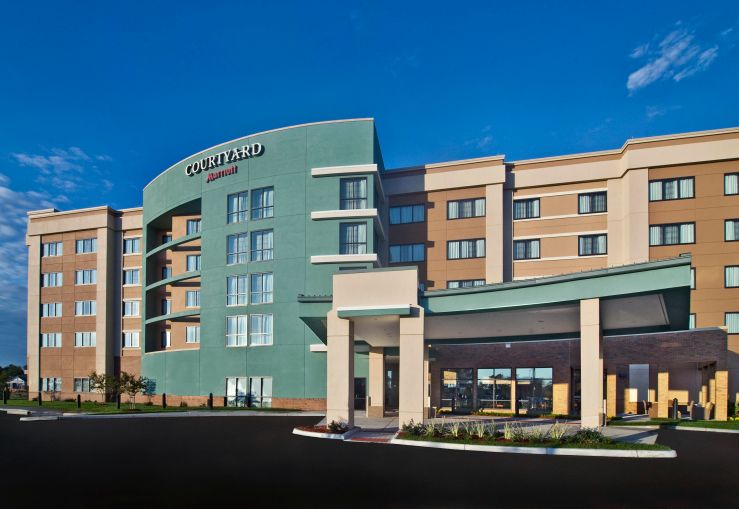 An MCR Development-led joint venture that owns a portfolio of 53 hotels totaling 6,000 rooms has landed $647.5 million in debt to refinance its holdings, Commercial Observer can exclusively report.

The ownership partners, MCR and Building and Land Technology, will use the debt to repay current loans and extract capital from the hotels they own, which include properties in 15 states. Bank of America led the lending for the transaction, joined by Wells Fargo. Two other institutions which an MCR spokesman declined to identify chipped in mezzanine loans on the properties, which carry Marriott and Hilton branding.

“This transaction is the result of our strong financial partnership with BLT, and the industry-leading operating performance generated by MCR’s property-level management teams,” Tyler Morse, MCR’s CEO, said in a statement, adding that the nontraditional lenders MCR considered couldn’t match the winner’s level of service. “After evaluating various alternatives including CMBS loans, debt funds and balance-sheet options, we selected Bank of America to lead this financing because we were seeking a trusted partner that values relationship-oriented balance-sheet banking, which delivers better returns to the partnership.”

The hotels, which together represent just over half of the 104 properties MCR owns, skew toward a concentration in the southern U.S., with 21 hotels in Texas, several in Alabama, Arizona and Louisiana, and one each in Oklahoma, Arkansas and Georgia. On average, the properties are 12 years old and earn revenue of $90 a night per available room, MCR said.

“This financing is a testament to the quality of the portfolio, exceptional lending relationships, strong joint-venture partnership and MCR’s operational expertise,” Kuehner said.

Spokeswomen for Bank of America and for Wells Fargo declined the opportunity to comment on the debt deal.

A report from Marcus & Millichap outlining the firm’s predictions for the national lodging market in the last part of the year predicted increased demand in secondary markets like those served by the MCR portfolio. “Occupancy … has picked up considerably” in suburban areas and smaller towns, the report said, a trend it attributed to a strong economy and vigorous marketing efforts on the part of local tourism offices.

Since 2010, hotel occupancy rates have increased about ten percentage points, with about two-thirds of hotel rooms now occupied nightly, according to Marcus & Millichap’s data.