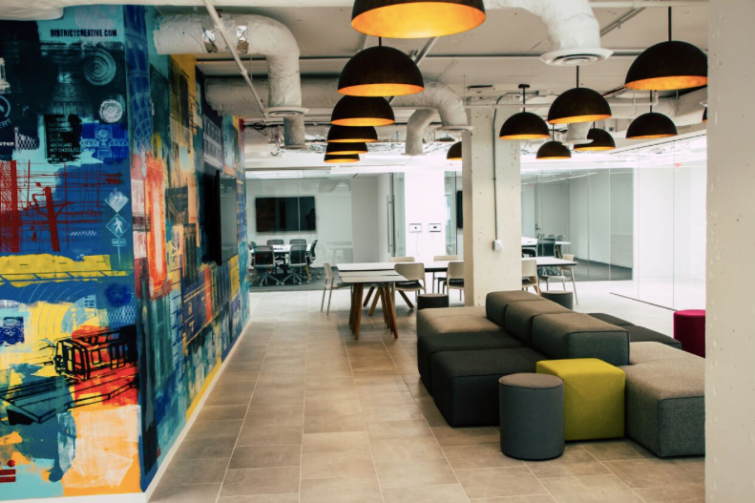 The D.C. region is seeing an increase in demand for move-in ready offices, also known as speculative suites, according to a new report from Newmark Knight Frank (NKF).

As of August, there were about 624 spec suites available in the D.C. region, according to the report. With an inventory of 164 million square feet, Northern Va., has the largest number of available spec suites at 320, with the majority of the offices located in three submarkets: the Rosslyn/Ballston corridor, Tysons Corner and Reston/Herndon.

Two submarkets in D.C. rounded out the top five areas in the region for spec suites—the Central Business District and East End, where the number of spec suites available increased by 124 percent and 108 percent, respectively, between February 2017 and August 2018.

Leases for spec suites are also characterized by flexible and shorter deals, in part because tenants pay higher premiums than for built-out spaces. The average lease for spec suites in the region is five years compared with deals of just under seven years for customized spaces. Generally, the concept appeals to growing companies that are uncertain about whether or not they will increase or decrease staff, as well as firms that have outgrown coworking spaces and need more room and privacy, but do not want to commit to a long-term lease.

“As a result, tenants have a breadth of options when seeking office space, so building owners are seeking ways to stand out from the competition,” the report says. At the same time, tenants who would usually sublease space are hard pressed to find options, with the region’s sublease vacancy rate at only 0.8 percent.

The upside for property owners as well as tenants looking to sublease out their space is the ability to charge rent premiums because of the death of available space combined with the offering flexibility and shorter leases. The reports looks compares rent separately in Downtown D.C. and its suburbs because typical rents vary significantly between the two areas. In D.C., rents for spec suites averaged $60.83 per square foot in August compared with $50.35 a square foot for customized spaces of similar sizes, a 21 percent disparity. In the suburbs, spec suites averaged $34.09 per square foot while customized spaces went for an average of $30.96 a square, a 10 percent difference.

Spec suites also lease up considerably faster. In D.C., such spaces were on the market for an average of nearly three-and-a-half months before being leased, while offices of similar size that were built out of shells took sixteen-and-a-half months on average to lease. “Many tenants in today’s downtown market are looking for space that is move- in-ready, and do not have the six months to a year that may be required to build-out office space, the report says. “In some local jurisdictions, it can take as long as 90 days to get a permit for an interior build-out, a timeframe that does not line up with many tenants’ business needs.”

Several real estate companies have recently gotten into the spec suite market such as Boston Properties, which renovated Metropolitan Square at 655 15th Street NW to include multiple spec suites as large as 19,000 square feet (the average size across the region is 3,679 square feet). MRP Realty, which has offices in D.C., Philadelphia and New York City, offers smaller spec suites around a shared amenity space in D.C. area buildings.

In Northern Va., the Washington Real Estate Investment Trust recently launched a concept called Space+. The program allows companies to move into fully furnished offices as quickly as 24 hours after signing a lease, as Commercial Observer previously reported. The REIT is targeting federal government contractors that could benefit from the recent approval of increases in federal spending. Anthony Chang, the firm’s vice president of asset management, also told CO that their offerings are also catered to companies who want to “graduate and control their own brand and culture” as opposed to operating out of a coworking space.

NKF predicts that the new federal allowance will likely increase demand for spec suites as more government contractors do business in the region, particularly in spaces that are 8,000 square feet or larger.