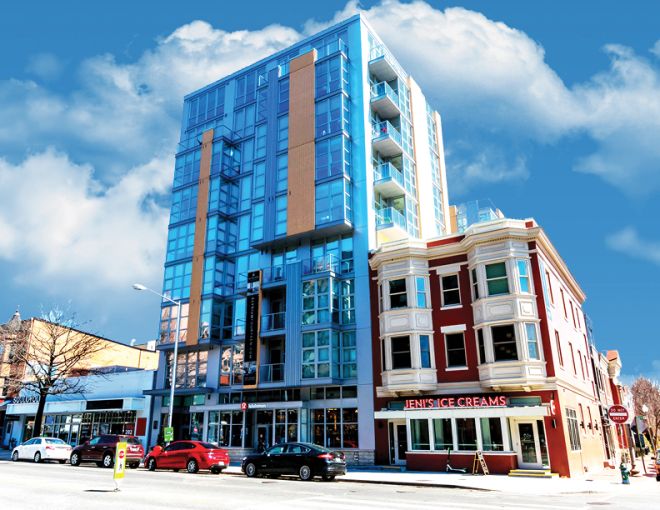 Snell Properties is under contract to purchase a luxury apartment building at 1925 14th Street NW near Washington, D.C.’s U Street Corridor for $43 million, according to a press release from the seller, Madison Investments.

Madison, a D.C.-based family-owned real estate development firm, opened the property, called Elysium Fourteen, in November 2016, per the release. The 56-unit building has nine studio apartments, four junior one-bedrooms, 29 one-bedrooms and 14 two-bedrooms, according to a Madison spokeswoman, who added that four units are affordable and market-rate rents start at $1,950 per month.

Arlington, Va.-based Snell Properties’ portfolio includes approximately 2,400 multi-family apartment units and 300,000 square feet of commercial office space in Northern Va., according to the release. This is the firm’s first purchase in the District.

“We are excited to be expanding into the D.C. marketplace by adding Elysium Fourteen to our portfolio,” said Peter Colarulli, the vice president of development at Snell Properties. “Elysium Fourteen is a generational asset that offers beautiful apartment homes in one of the best neighborhoods in Washington, D.C.”

Robert Meehling and Yalda Ghamarian of CBRE represented both the seller and the buyer in the transaction.

“For Snell’s first acquisition in the D.C. area, this is a perfect asset. Madison built a beautiful building at a spectacular location on 14th Street, one of the most active corridors in D.C.,” Meehling told CO.