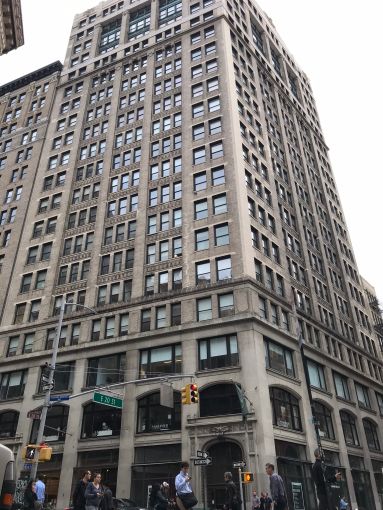 Ticket seller SeatGeek is moving its headquarters uptown and more than doubling its space, the landlord announced in a press release.

The company will leave 27,000 square feet at 400 Lafayette Street in Noho for 72,800 square feet at 902 Broadway in June 2019. It signed a 10-year lease for the eighth through 11th floors in the 20-story Flatiron District office building between East 20th and East 21st Streets. Asking rent in the deal was in the low $70s per square foot, according to The New York Post, which first reported on the deal.

Nick Farmakis, David Goldstein, Brad Wolk and Chris Thompson of Savills Studley represented SeatGeek in the transaction, and Max and David Koeppel of Koeppel Rosen handled the deal for the landlord, the Rosen family.

“SeatGeek is set up with the optimal location, layout and landlord relationship needed to fuel the company’s growth for years to come,” Farmakis said in a statement.

Max Koeppel said that his company was “excited to have them at the building and to work together as SeatGeek continues to grow.”