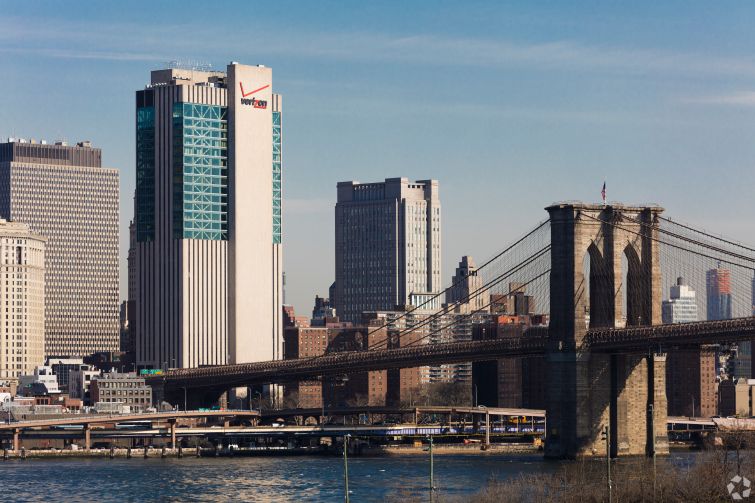 The New York Police Department has finalized a lease for 106,000 square feet in the Verizon Building at 375 Pearl Street, across the street from the NYPD’s 1 Police Plaza, Commercial Observer can first report.

The cops will use the space, which covers the 15th, 16th and 17th floors, for administrative offices. Asking rent in the 20-year deal was $45 a square foot, according to sources familiar with the transaction. The law enforcement agency will pay $41 a square foot in the first five years of the lease and the rent will rise gradually every five years, eventually reaching $52 a square foot in the 15th through 20th years, as CO previously reported. They’ll move in in mid-2019.

The City Law Department typically signs off on leases for city agencies within a week after the Mayor’s Office of Contract Services holds a public hearing on the item. The NYPD was close to inking a lease at the 32-story building in August, as CO reported at the time. The mayor’s office held a hearing on the NYPD lease on Sept. 26, and city lawyers signed off on the lease on Oct. 15, according to a spokeswoman from the Department of Citywide Administrative Services, which oversees city real estate deals.

The deal has been a long time coming for the NYPD, which first began negotiating for space in the building in 2015, as The New York Post noted at the time.

CBRE’s Gerry Miovski and Gregg Rothkin represented the landlord, Sabey Data Center Properties, and John Morrill and Jonathan Cope, also of CBRE, handled the transaction for the city. Both sides declined to comment on the deal, and the NYPD press office didn’t immediately respond to a request for comment.

The NYPD will join several other city agencies in the 43-year-old telephone switching and data center building. The Human Resources Administration occupies 194,000 square feet in the 32-story concrete monolith, and the Departments of Finance and Sanitation hold down 175,000 and 72,000 square feet, respectively. Roughly 600,000 square feet of leases have been signed at the Sabey and Young Woo & Associates-owned property, which traded for $120 million in 2011. The two developers recently finished replacing the top 15 floors of the largely windowless, 1.1-million-square-foot structure, as part of a renovation designed to draw more office tenants.

Update: This story has been updated with new information about when the public hearing was held for this lease.