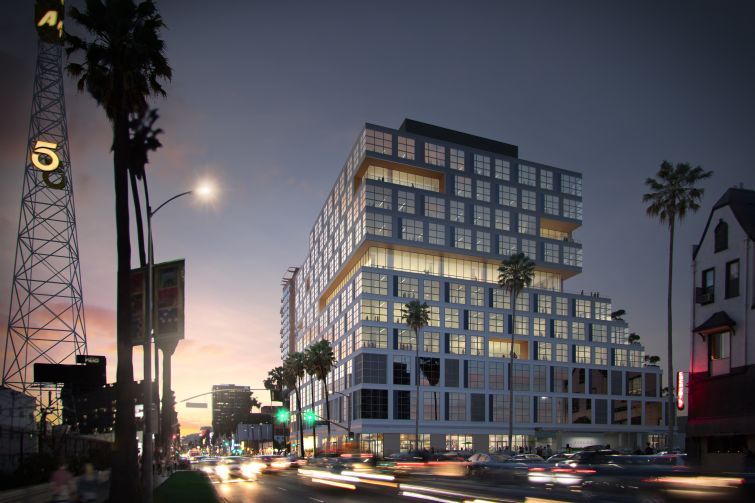 Content-streaming giant Netflix enlarged its corporate footprint in Hollywood by leasing the entire 327,913 square feet of EPIC, a 13-story development at 5901 Sunset Boulevard, according to a release from property owner Hudson Pacific Properties.

In addition to the lease, which closed last week, Netflix signed a coterminous lease extension for 325,757 square feet of office space at ICON and 91,953 square feet of office space at CUE, both of which are Hudson Pacific assets located on the Sunset Bronson Studios lot, across the street from EPIC. Sunset Bronson is also owned and operated by Hudson Pacific and is home to long-term tenants CBS and KTLA.

Netflix will move into the building in phases, beginning in January 2020 when construction is completed, up until 2031 when the lease concludes (if not renewed).

A spokeswoman for Hudson property declined to provide additional details.A spokesperson for CBRE, which represented Hudson in the transaction, also declined to comment, while a representative for Netflix did not respond as of publication.

“We are thrilled that Netflix has selected our ground-breaking EPIC project to accommodate its next phase of growth,” Victor Coleman, chairman and CEO of Hudson Pacific Properties, said in the release. “With its growing presence at ICON, CUE and now EPIC, we have created a customized, state-of-the-art, creative urban campus that holistically supports Netflix’s unique culture and business needs.”

“EPIC is part of our continuing investment in L.A. and Hollywood,” David Wells, Netflix’s CFO, said in prepared remarks. “We’re thrilled to be able to continue to grow our team there.”

The building is within walking distance to the LA Metro Red Line, as well as residential neighborhoods, restaurants and retail.