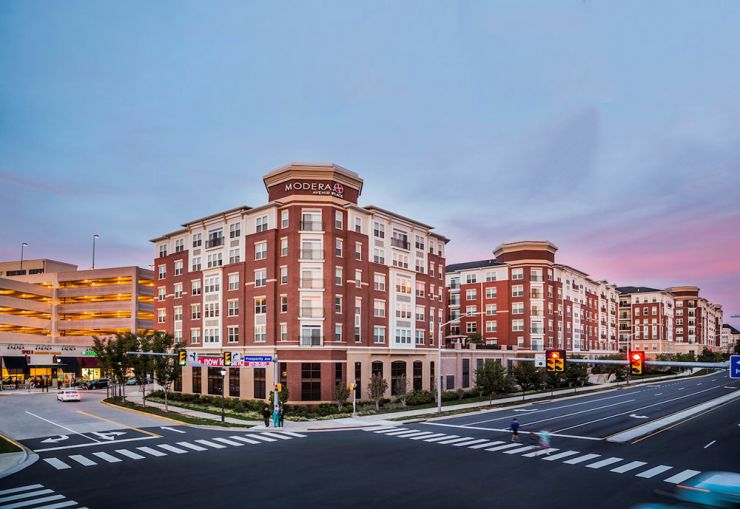 A joint of venture led by Mill Creek Residential Trust and J.P. Morgan Asset Management—which represented a set of institutional investors—has landed a $156.2 million mortgage to refinance a residential development in the suburbs of Washington, D.C.

SEE ALSO: Toward a Frictionless Future

The loan, a floating-rate financing from MetLife Investment Management, will refund construction debt for the developers on Modera Avenir Place, an apartment complex in Vienna, Va. completed three years ago. HFF, led in this transaction by brokers Nicole Brickhouse, Jamie Leachman and Jennifer Keller arranged the debt deal, according to an announcement from the Dallas-based real estate company

The development, at 2677 Avenir Place in the D.C.-area bedroom community, is ten miles west of downtown Washington but adjacent to a stop on the city’s metro system. Retail space on the building’s ground floor is leased to Harris Teeter, a supermarket chain; an Inova medical clinic and a Thai restaurant. Upstairs are 628 residential apartments averaging 882 square feet–50 of which are meant for lower-income residents.

The complex also features two swimming pools, game rooms and a cyber cafe. Representatives from HFF, Mill Creek and MetLife did not immediately respond to inquiries about the deal.

According to Curbed, residential rents fell in Washington last year, but strong absorption has boosted going rates again in 2018. The average monthly cost of a two-bedroom apartment in the city was $2,788 in September—up 5 percent from the same month in 2017.

Adaptive Reuse is the Future of Commercial Real Estate