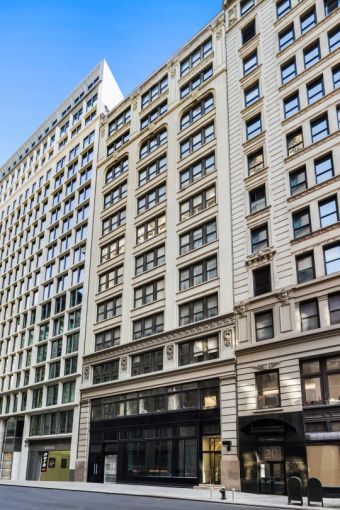 Consolidated Carpet signed a 10-year deal for the entire top floor at the 12-story, 156,000-square-foot property between Fifth Avenue and Avenue of the Americas, according to a press release from GFP Real Estate, which manages the building. The 75-year-old, family-run company is expected to relocate next month from its current offices several blocks north at 45 West 25th Street.

Asking rent in the deal was not immediately clear. Michael Burgio of Cushman & Wakefield represented the tenant in the transaction, while Barbara Yagoda represented the landlord, the Yagoda family’s Meysar Realty.

In a statement, Yagoda cited the property’s “great location in the renowned Flatiron District submarket,” as well as a complete renovation of the 1910 building’s lobby, as a draw to tenants like Consolidated Carpet. “When you add in its stable ownership and the capital improvements we’re currently implementing, it becomes an appealing choice for any number of tenants throughout New York City,” Yagoda said.

David Meberg, Consolidated Carpet’s president and CEO, said in a company press release that the new showroom will be “built for hosting industry events and showcasing innovative flooring solutions.” The space will also feature four conference rooms and “a dozen touchdown spaces for visiting clientele, mill reps and Consolidated’s field-based associates to utilize,” the company said.

Representatives for C&W could not immediately be reached for comment.