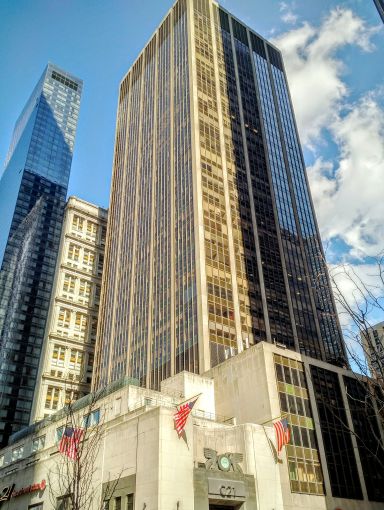 The New York City Office of Labor Relations (OLR) is relocating a few blocks north in the Financial District, Commercial Observer has learned.

The agency, which negotiates labor agreements for 350,000 city employees, has inked a deal for 53,718 square feet at 22 Cortlandt Street between Church Street and Broadway, according to brokers involved in the transaction. The 20-year lease will include the entire 12th, 14th and 15th floors of the 34-story building. Asking rent for the space was $54 a square foot, per the landlord’s broker. OLR will leave 69,000 square feet at 40 Rector Street, after more than 20 years on the third and fourth floors of the 19-story building between West and Washington Streets. The agency is consolidating all of its offices into 22 Cortlandt, which has housed its operations for municipal employee benefits plans since 2015.

The city will pay $2.7 million in the first five years of the new lease ($50 a square foot), and the rent will gradually rise over time to $3.5 million ($65 a square foot) in the 15th through 20th years of the lease, according to a notice in The City Record.

Barrett Stern of Newmark Knight Frank represented landlord Mayore Estates in the transaction. The entity is a group of investors led by Moshe Drizin, who also owns the Hotel St. George in Brooklyn Heights, Brooklyn. CBRE’s Jonathan Cope, John Morrill and Yun Park handled the deal for Department of Citywide Administrative Services, which oversees leasing and transactions for city agencies. The CBRE brokers declined to comment via a spokeswoman.

“22 Cortlandt Street is nearing the completion of a major transformation, [including] a new lobby, new entranceway, new elevators, rebuilt air conditioning and many other nice features,” Stern told CO. “And the landlord is extremely pleased to have brought this to fruition.”

DCAS held a public hearing on the lease earlier this month (which is the usual procedure for city real estate transactions), and the City Law Department signed off on the deal this week.