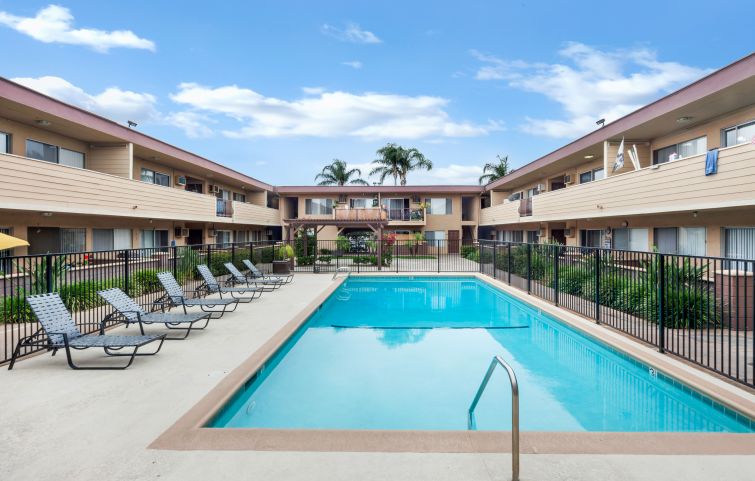 An affiliate of New York-based Abacus Capital Group has bought the Atrium Apartments in West Covina from MG Properties Group for $33.9 million, according to a news release from CBRE.

Dean Zander, Stewart Weston and John Montakab of CBRE represented both sides in the transaction.

The 138-unit property, 146,000 square-foot property located at 1829 East Workman Avenue, consists of mostly two- to three-bedroom apartments, averaging more than 1,000 square feet, with rents ranging from $1,200 for studios to more than $2,200 for three-bedroom units.  It has averaged a less than 4-percent vacancy rate since 2016, the release indicates. Building amenities include three swimming pools, a business and fitness center and barbeque areas.

The apartment complex was built in 1962 and renovated in 2011, according to CoStar Group. San Diego-based apartment owner and operator MG Properties purchased the property for $15 million in 2008, according to the Los Angeles Business Journal, which first reported news of the recent sale.  Representatives for Abacus and MG Properties did not return calls for comment.

“This is a significant value-add opportunity through the continuation of an enhanced interior and common-area renovation program and received a lot of attention from investors,” Weston said in the release. “It translates into significant room for a new owner to realize an upside in future returns.”

Earlier this year, CBRE represented a partnership associated with Landmark Properties of Sherman Oaks in the purchase of another West Covina multifamily complex for $18.8 million, signifying continued demand for investments in the area. The lack of new supply being introduced, coupled with strong demand, has increased rents and kept vacancies low, according to CBRE research. Only one conventional market-rate property, The Colony at the Lakes comprising 450 units, has been built in the West Covina/Covina submarket since 1990, without any new projects planned, the brokerage reported.