Under Construction: A Warehouse-to-Office Conversion at 43-10 23rd Street in LIC 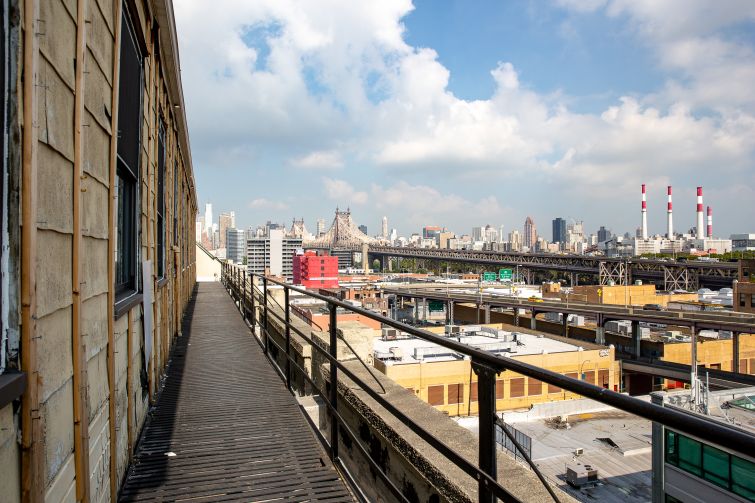 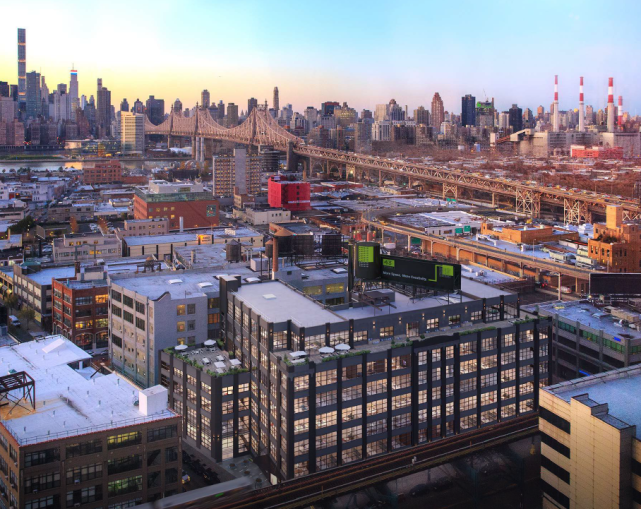 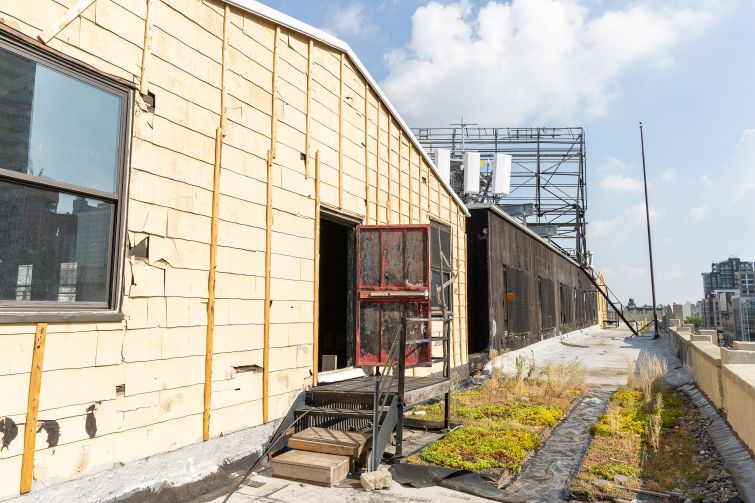 The yellow sheds on either end of the roof will be torn down, reconfigured and the roof deck will get new pavers at 43-10 23rd Street. PHOTO: Melissa Goodwin/For Commercial Observer 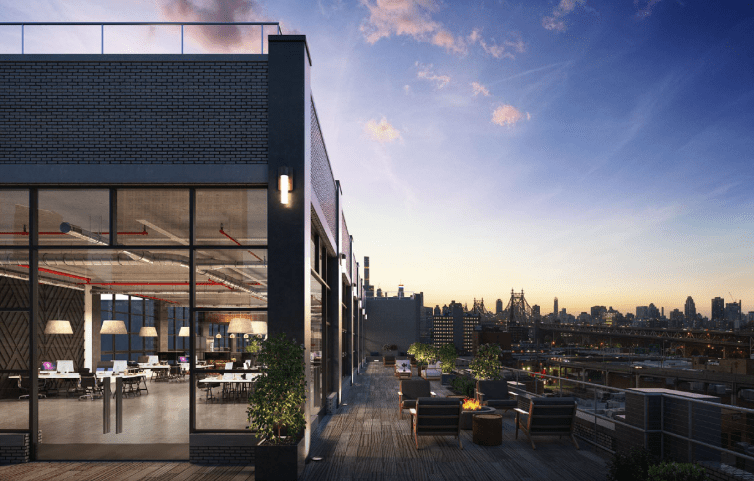 The planned roof deck will replace what is now a shed. Rendering: Mancini Duffy 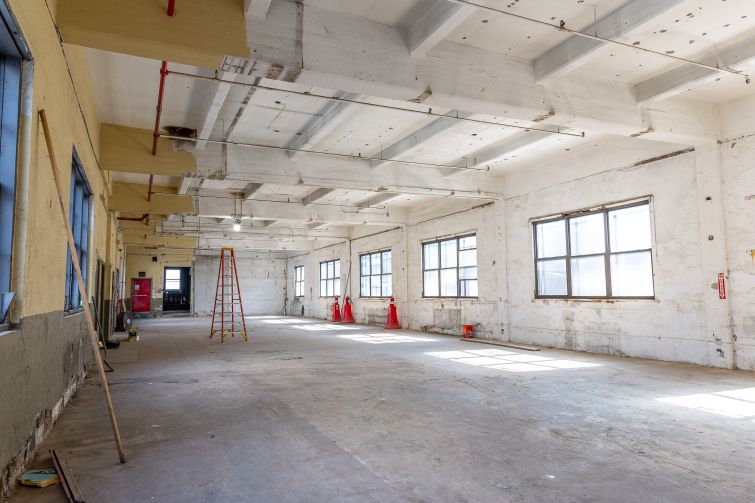 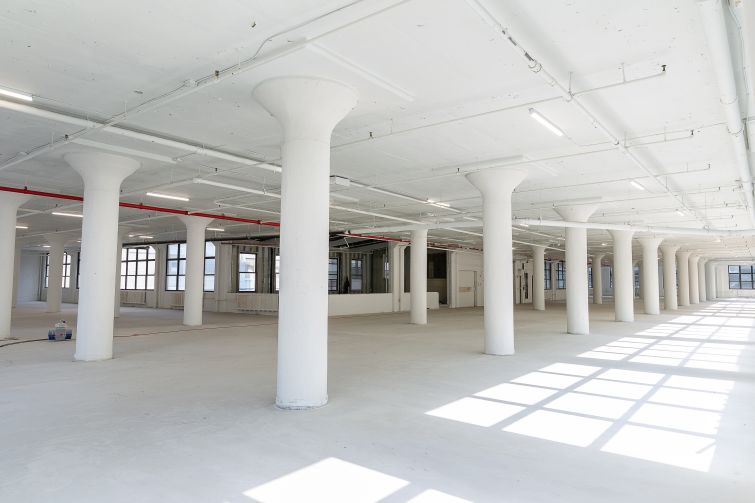 The wide open expanse of the second floor will be even larger when renovations are completed at 43-10 23rd Street. PHOTO: Melissa Goodwin/For Commercial Observer 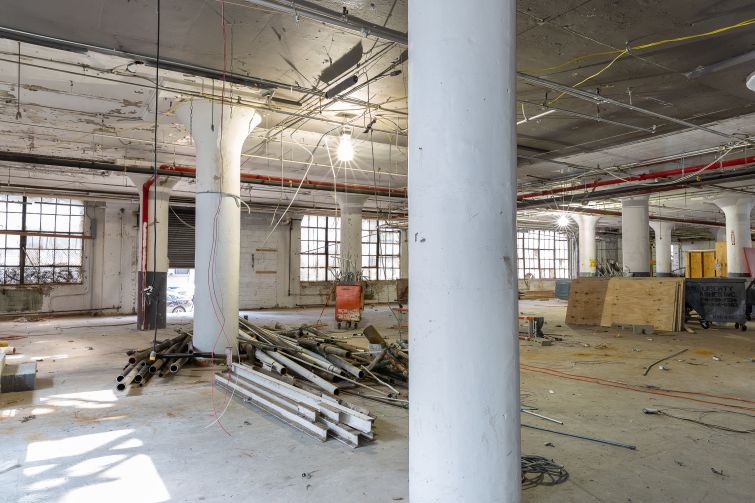 The current loading dock at 43-10 23rd Street in Long Island City will be transformed into the main entrance for the building. PHOTO: Melissa Goodwin/For Commercial Observer
Previous Next

In Long Island City, Queens, old industrial space that once housed factories making paint and circuit breakers has quickly shifted to a higher-paying class of tenants, whether it’s breweries, high-end furniture makers or tech startups. Normandy Real Estate Partners has quickly jumped on the bandwagon with three industrial-to-office renovations in the neighborhood, and their newest warehouse conversion at 43-10 23rd Street, near Court Square, illustrates how quickly the area is evolving.

When Normandy purchased a $54 million stake last year in the 200,000-square-foot building owned by Kassabian Realty, the building was home to furniture makers, art restorers and antique sellers. Most of the tenants have left, except for art framemaker Paris Frameworks, which will likely depart soon, too.

The six-story warehouse is getting a $25 million revamp that will include a repointed and repainted facade, new elevators, upgraded building systems and a new lobby with a glass canopy. A loading dock on the 44th Avenue side of the property will be gutted, and new, floor-to-ceiling windows will be carved out for a glassed-in lobby. Normandy also plans to add two stories to a piece of the structure that extends outward, adding 30,000 square feet to create a four-story extension with a roof deck. Separately, a shed on top floor of the main part of the building will be demolished and then reconstructed as a penthouse and roof deck with seating and landscaping. Mancini Duffy is overseeing the design and renovation.

CBRE broker John Reinertsen, whose experience in Long Island City dates back to helping assemble the sites for the nearby Citigroup Building in 1983, pointed out that the views from the eastern side of the building will remain because the blocks stretching toward Sunnyside Yard are industrial and unlikely to be rezoned.

Asking rents in the building are in the mid-$40s per square foot, according to CBRE’s Neil King, who’s leasing the building with Reinertsen and Paul Amrich. They hope to ultimately rent to creative office tenants—think the usual tech, advertising and media suspects—but with an empty 200,000-square-foot loft property on their hands, they are open to other kinds of occupants.

“We do have an entire building that’s going to be fully vacant that we can lease so if something really unique comes to the table in the near term, we have some flexibility,” King said while touring the building with Commercial Observer. “We’re exploring some lab and life science.”