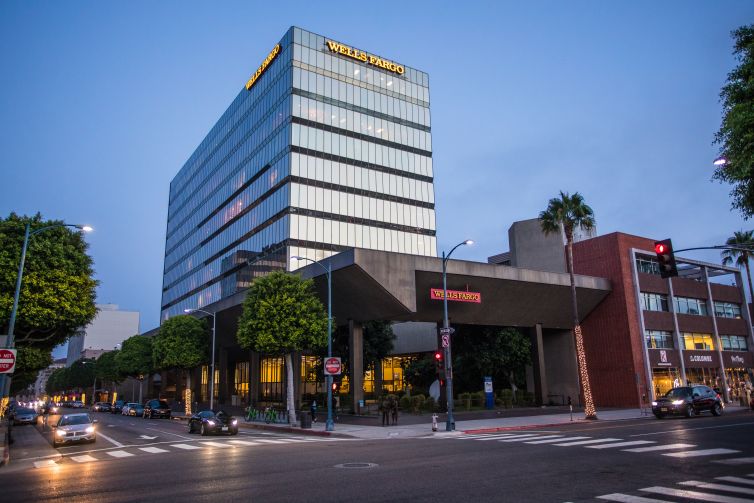 StarPoint Properties, a Beverly Hills-based real estate investment firm, has purchased the tallest office tower in Beverly Hills from its original owner. The property, at 443 North Camden Drive sold for $193 million, or around $930 per square foot, according to a release from StarPoint.

Ralph Shapiro, an attorney managing portfolios including commercial real estate associated with Santa Monica-based Avondale Investment Company, was the seller, according to a source familiar with the deal.

Natixis provided a $95 million, floating-rate loan to facilitate the acquisition, according to an announcement from the lender. Madison Partners Senior Executive Director Matt Case arranged the debt, which was originated out of Natixis’ Los Angeles outpost.

The 12-story 207,432-square-foot property, known as the Wells Fargo Building, was built in 1972 and renovated in 2003. It’s also located near the StarPoint Properties office.

According to a StarPoint spokesperson, the acquisition is the back end of a 1031 exchange that began with StarPoint selling two multifamily sales in West Covina and Upland, on which Commercial Observer reported last week.

“To say I’ve had my eye on this property is more than a figure of speech,” StarPoint Properties CEO Paul Daneshrad said in a statement. “For years, I’ve had a visual reminder of the enormous potential value of the building’s size and high-demand luxury location. I’ve also understood the long-term investment needed to reach that potential.”

The building hasn’t been renovated in 15 years and falls 25 percent below the market’s average rent of $48.24 per square foot.

Daneshrad said StarPoint intends to renovate the interior and exterior of the building and to bring retail to the property.

Though the specific redesign has not yet been finalized, StarPoint’s initial plans include transforming a 6,500-square-foot deck on the fourth floor to an open-air lobby that emphasizes natural light and features sculpture gardens and an improved façade, according to the release.

Bob Safai of Madison Partners represented both parties. Safai could not be reached for comment.

Update: This story was updated to include new information on an acquisition loan provided by Natixis to facilitate the purchase of 443 North Camden Drive.