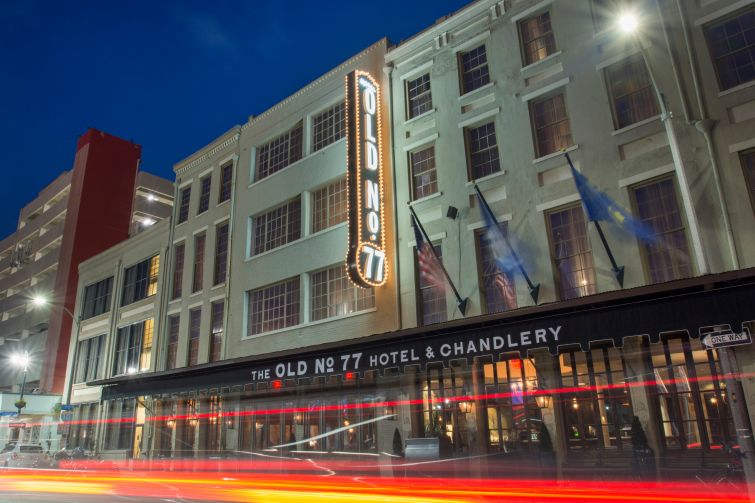 Provenance Hotels, a Portland, Ore.-based company that runs about a dozen lodgings in the Pacific Northwest and elsewhere in the country, has scored a $29.2 million loan to refinance its Old No. 77 Hotel & Chandlery in New Orleans, according to Sonnenblick-Eichner Company, which arranged the debt.

Sources close to the transaction confirmed that the lender was LoanCore.

Provenance will pay interest on the five-year, floating-rate loan at a spread above Libor in the mid-3-percent range, according to Sonnenblick-Eichner, a real estate finance company based in Beverly Hills, Calif. The debt will be used to refinance Provenance’s prior acquisition financing and to help the developer cash out on a portion of its equity.

The hotel, at 535 Tchoupitoulas Street, stands about half a mile south of the city’s famed French Quarter and a few blocks from the banks of the Mississippi River on its eastbound course through Crescent City. A 2015 remodeling that cost $14 million updated the properties’ 167 guest rooms and common areas. Nina Compton, a lauded Caribbean chef, helms the hotel’s restaurant, Compère Lapin.

“The hotel is positioned as a boutique hotel and has one of the best restaurants in New Orleans,” Elliot Eichner, a co-founder of Sonnenblick-Eichner, said in an email. “The hotel market in New Orleans is robust…and tourism is setting all-time records with over 10 million visitors per year.”

More than a thousand new rooms came online in the city in 2016 and 2017, with roughly 400 more on the way before the end of this year, according to HVS, a company that researches lodging. But tourists’ interest in the destination appears to be keeping steady pace, with the number of visitors rising every year since 2009 and surpassing 10 million for the first time in 2016.

It’s “too early to tell the impact on market performance” from hotel supply growth, Eichner said.

The hotel marks the continued interest of LoanCore, a conglomerate led by Singapore’s sovereign wealth fund and by the Canadian Pension Plan Investment Board, in funding U.S. real estate projects outside of gateway cities. In prior transactions, the group has shoveled billions into college-town student-housing projects in cities across the country.

LoanCore did not immediately respond to inquiries about the deal. A spokeswoman for Provenance referred questions to Sonnenblick-Eichner’s announcement of the financing.