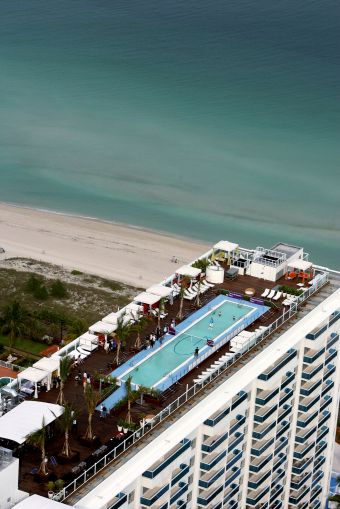 The purchase price couldn’t immediately be ascertained but sources said it’s expected to be upward of $500 million.

The 18-story, 426-room luxury property at 2341 Collins Avenue was first put on the market in June 2016, as previously reported by The Real Deal. Hodges Ward Elliott is the listing brokerage.

Barry Sternlicht’s Starwood Capital purchased the property—The Gansevoort hotel at the time—via a joint venture with the LeFrak Organization and Invesco for around $230 million in 2012. The hotel was rebranded as The Perry South Beach in 2013 before reopening after a $100 million renovation as the 1 Hotel in 2015.

And it may be upping its real estate investment activity. In early September, an entity linked to MSD bought a development site at 2503-2509 Broadway on the Upper West Side for $50 million that will be developed by Adam America, TRD reported, and also provided a $37 million loan for the project.

Spokesmen for MSD Capital and Starwood Capital declined to comment. Officials at Hodges Ward Elliott did not immediately return a request for comment.