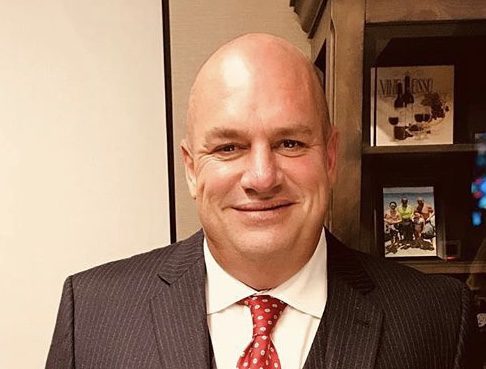 Paul Massey continues to staff up his new brokerage, B6 Real Estate Advisors, with former colleagues from Massey Knakal Realty Services and Cushman & Wakefield after B6 announced today that Tom Donovan is joining the firm as a partner and vice chairman.

Donovan is leaving his position as a vice chairman at C&W’s capital markets group to assume a role in B6’s leadership and oversee an investment sales territory comprising most of northwest Queens—including the neighborhoods of Astoria, Long Island City, Elmhurst, Forest Hills, Ridgewood, Sunnyside and Woodside. He will start in his new role after Labor Day.

Donovan joined C&W as part of the brokerage’s 2015 acquisition of Massey Knakal, the investment sales firm led by Massey and former partner Robert Knakal. Donovan joined Massey Knakal in 1998 and helped build the firm’s Queens team from two people to more than 20 brokers. Over his 20-year career, he has handled more than $2 billion in sales across nearly 600 transacted properties, according to B6.

Donovan follows the likes of David Chase, Neil Heilberg, Michael Wlody and DJ Johnston as former associates of Massey’s who have once more teamed up with the B6 founder and CEO as he seeks to establish his startup middle-market brokerage in a competitive New York City investment sales environment.

As an equity partner and executive at B6, Donovan’s responsibilities will extend beyond handling his Queens territory to include business development and talent recruitment, he told Commercial Observer.

“I felt that it was time for me to do something a little more entrepreneurial,” Donovan said of his move to B6. “I wanted to get back to the basics of selling buildings and growing a business. This new platform will be a little more agile, and I’ll be one of the decision-makers.” Referencing B6’s name, which stands for “Building by Building, Block by Block,” he added that the firm’s goal is to “take New York City back, block by block.”

As far as Massey’ approach to staffing his fledgling brokerage with former Massey Knakal colleagues, Donovan described the B6 team as “a select group of former partners and friends who work well together and work well with [Massey].”

“I have a long history of working with Paul, Mike and Neil, and we can get a lot of stuff done together,” he said.

Donovan added that beyond the former Massey Knakal brokers who make up the firm’s leadership, B6 will look to recruit a new “wave of industry professionals who want to be a part of the platform,” noting that he looks forward to the opportunity to “help train the associates who will grow to be the next generation of team leaders” at the brokerage.

“Tom epitomizes the boots-on-the-ground approach that is at the core of B6’s philosophy,” Massey said in a statement announcing Donovan’s hiring. “His invaluable knowledge of all things Queens, coupled with our technology-forward platform, will immediately ensure we capture a significant slice of the borough’s market share.”