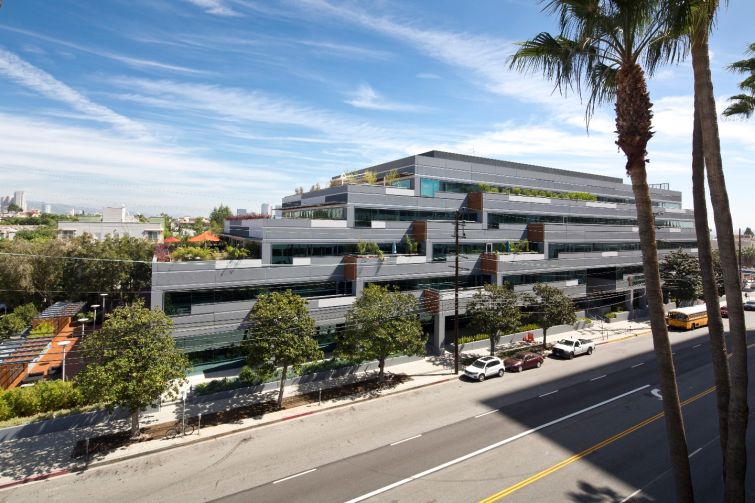 A partnership controlled by Goldman Sachs has scooped up Westwood Terrace, a recently renovated creative office building at 1640 South Sepulveda Boulevard in Westwood from Downtown Los Angeles-based Ocean West Capital Partners and New York-based Westbrook Partners for $92.5 million. Newmark Knight Frank represented the seller in the deal which closed last Thursday, according to a company statement.

NKF’s Kevin Shannon, Rob Hannan, Ken White, Michael Moll, Laura Stumm and Guillermo Boisson represented the seller in the transaction. The buyer was self-represented. Ocean West and Westbrook will remain invested in the property and continue to manage the asset, according to a statement from NKF.

The Los Angeles Business Journal reported last month that the sale of the five-story, 165,000-square-foot Westwood Terrace was pending

“With the creative office transformation now complete, 1640 South Sepulveda is one of the Westside’s most coveted mid-rise creative office properties that has attracted prominent entertainment, tech and media-related companies seeking a premier office environment,” Shannon said in the release.

Ocean West and Westbrook paid Jamison Services $54 million for the building in 2013 and listed it in April 2016.  It was then taken off the market that year and reintroduced three months ago.

The property, built in 1987, underwent an $8.3 million repositioning and modernization upgrade this year. Renovations included an upgraded lobby, a new open-air common area patio and extension system upgrades. The building is located one block from the 405 freeway access points and a short commute to Downtown Los Angeles and Santa Monica. It is currently 77 percent occupied with tenants including ThinkFactory Media, Assistance in Marketing and Fusion Learning.