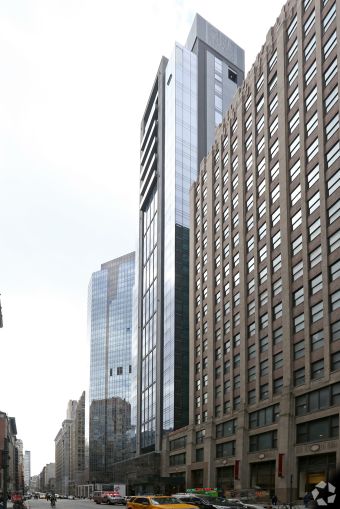 Tessler Developments has scored a $94.5 million refinancing on its newly built residential condominium building in Midtown South, according to property records.

The loan, from Deutsche Bank, refinances previous borrowing in recent years that funded construction and initial condo sales at the site, city Department of Finance documents show. Much of that debt came in the form of a $164.3 million condominium inventory loan, lent jointly by Deutsche and by private equity firm TPG. The financing deal also includes new debt in the form of a gap mortgage. A spokesman for Deutsche Bank declined to comment.

The building, at 172 Madison Avenue between East 33rd and East 34th Streets, opened last year was ritzy enough to lure Leonardo DiCaprio as a resident, the New York Post reported in January. Since then, however, sales have reportedly disappointed the development firm, led by Yitzchak Tessler. Tessler had engaged Compass to market the building’s 72 units but the brokerage walked away from the deal in March after failing to encourage Tessler to lower its asking price on the roughly 40 percent of apartments that hadn’t sold yet, sources told The Real Deal.

Corcoran took over the sales role later that month, at a time when the building had about 32 units to sell for asking prices as high as $15 million for penthouses and a townhouse-style apartment, The Real Deal reported at the time. Two-bedroom units of about 1,500 square feet were on offer for around $3.5 million.

The building was designed by Karl Fischer Architect, a studio based on Montreal, and the interiors were completed by Shamir Shah Design, a firm that works in Soho. Ceiling heights in the 33-story tower range from 11 to 23 feet, and the building features doormen, a club room and a 23-yard swimming pool. The townhouse-style apartment also has its own outdoor swimming pool on a private roof deck.

Tessler did not return a phone call made to his office.