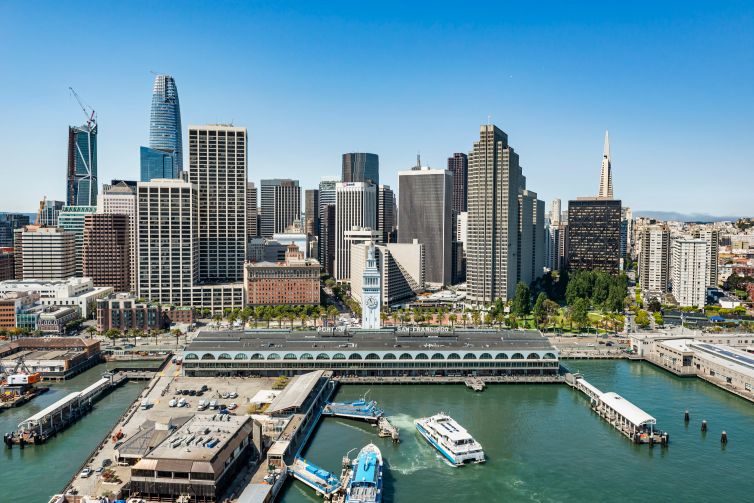 Cushman & Wakefield released the “Tech Cities 2.0” report today, an annual study of the top markets in North America where tech is driving the economy and its impact on commercial real estate, which can’t be underestimated.

“As tech companies continue to dominate headlines and grow, a key question is how this affects commercial real estate,” Revathi Greenwood, C&W’s Americas Head of Research, said in a release. “Building on our inaugural ‘Tech Cities’ report from last year, ‘Tech Cities 2.0’ offers new data and a further in-depth analysis of the marketplace.”

Following up on last year’s research, the 2.0 study groups the top 25 cities into three categories based on how crucial the tech sector is to local economy and real estate market, from “tech is a critical component” to “tech is a key driver” to “tech is important.” The study looked at how many jobs tech accounted for in each metropolitan area and how much investment the sector garnered, followed by the level of educational attainment and percentage that millennials (ages 20 to 34) made up the population.

This year, Austin, Boston and Provo, Utah, topped the list. San Francisco came in at sixth place with Washington, D.C., in 10th in the “tech is critical” category, in which jobs at tech companies accounted for more than 8 percent of all jobs. Greater Los Angeles and New York City were both grouped under the “tech is important” breakout in 22nd and 23rd, respectively. In this category, jobs in tech accounted for less than 6 percent of all jobs.

The categories do not, however, reflect the size of the tech sector in each market but the tech sector’s relative contribution to the local economy. Provo is the smallest metro area in the top cities, but 10.8 percent of jobs are classified as tech, plus it has the highest millennial population (26.8 percent) of the markets noted in the report.

Some larger markets, like New York and Los Angeles, have thriving tech centers, but, given market size, the local economy is also impacted by several other industries. In terms of sheer numbers of workers in tech, for instance, New York City tops the list with 424,850 employees with Washington, D.C. in second with 312,430 workers, followed by Greater Los Angeles, which counts more than a quarter-of-a-million people employed in tech occupations (269,750).

Ken McCarthy, C&W’s New York-based principal economist and Applied Research lead for the U.S., said “Tech Cities 2.0” demonstrates the profound impact the tech sector has had on commercial real estate, which has been building since the financial crisis of 2008.

“Although we expect established markets like Silicon Valley to see continued investment,” he said, “new tech hubs are emerging across North America, from Provo to Philadelphia, sustaining a period of tech-driven, economic growth unseen since the dot-com boom of the late 1990s.”

“If Silicon Valley is the brains of the tech sector, then New York City is the creative center,” he said in the release. “In this cycle, tech has been very important to New York City. TAMI employment growth has been much stronger than many other sectors and that growth has been centered in that Midtown South of Market, and that market in particular has seen significant growth in terms of both property values and rents.”

San Francisco is still tops where venture capital, the lifeblood of tech from the initial tech boom to today, is concerned. The city by the bay netted $33.8 million in venture capital spending from the third quarter of 2017 through the second quarter of this year. New York City was second with $14.9 million, followed by Boston with $10.9 million, Silicon Valley with $8.9 million and Greater Los Angeles attracting $6.2 million.

The outsize role of tech in the top 25 cities also accounts for sizable increases in the commercial real estate sector. Rent growth in Class A office project in central business districts increased 27.6 percent versus the overall 26 percent growth in the United States, according to C&W. In tech critical cities, the average asking rents from 2010 to 2018 increased 48.7 percent, 29.4 percent in key driver cities and 28.7 percent in cities where tech was important in the study. Office sales price per square foot was also higher in the Top 25 Tech cities versus in the rest of the United States, rising from $199 in 2010 to $316 in 2018—a 59 percent increase—versus $197 in 2010 to $248, or 26 percent increase in the overall U.S.

The tech industry has changed the way its companies and even the way those traditionally non-tech approach commercial real estate, said Robert Sammons, C&W’s senior director of Northern California Research, in a statement.

“Both startups and big tech companies have recognized they need a footprint in the central cities to keep attracting millennial workers,” Sammons said. “As a result, they are taking large chunks of high-rise buildings and trophy assets in dense urban areas—in addition to keeping their sprawling campuses in the suburbs.”