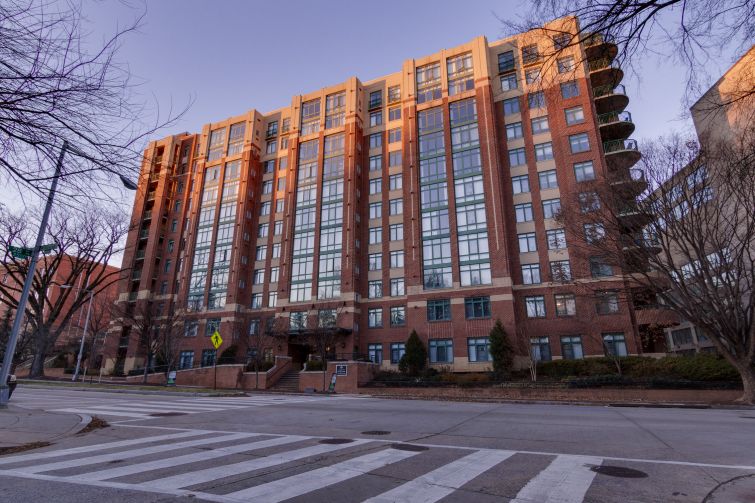 With three notable trades this year, Washington, D.C.’s multifamily market sales volume has surpassed 2017’s numbers, according to a new CBRE report, which notes a “pent-up demand for luxury product” in the city.

With 1,817 rental units sold between January and June for a total of $434.5 million in D.C., the city’s sales volume exceeded 2017’s total of 2,400 units for $431.8 million, according to CBRE’s mid-Atlantic multifamily market report, which also tracks suburban Maryland, Northern Virginia and Baltimore.

The 2018 uptick was helped by high-priced trades like Jamestown’s purchase of the Ellington near the U Street Corridor for $118.6 million, TA Associates’ buy of Gables at Woodley Park for $106.5 million and UIP Companies, Atalaya Capital and the Tenants Association’s purchase of the Onyx on First in the Capitol Riverfront community for $95.5 million.

“Consistently ranked as one of the country’s best places to live, a combination of strong fundamentals, abundant capital and the presence of the federal government have upheld the mid-Atlantic as a top-tier housing market, CBRE Vice Chairman Bill Roohan, said in a prepared statement. “Key influencers that affect rent growth—job growth, sales volume and investor returns—flank a rapidly growing multifamily market that has become a prime destination for developers and institutions.”

D.C’S multifamily market is comprised of 141,700 rental units as of the first half of 2018 and despite the addition of 1,384 units in 2018, absorption has kept pace with new supply, the CBRE report indicates. About 5,488 units are expected to be delivered by the end of the year, which will increase D.C.’s supply by 3.7 percent.

The Capitol Riverfront neighborhood is the most robust submarket in the city, with 3,109 units currently under construction, according to the report. Despite the area’s inventory of multifamily properties quadrupling since 2008 (when the Washington Nationals baseball team opened in the neighborhood), each project absorbed an average pace of 25 units per month.

Across the D.C. region and Baltimore, multifamily property sales are on track to reach a historic $10 billion, according to the report, which notes that rental apartment communities in the mid-Atlantic region are outperforming other property types.

Among the region’s advantages are its comparative affordability that supports the addition of more luxury units. The region has a 20.5 percent rent-to-income ratio, which is much lower compared to other tier-one cities such as New York (44 percent), San Francisco (36 percent), Chicago (35 percent) and Los Angeles (35 percent).

The area’s rental market will continue to evolve as its occupants change. Multifamily properties aren’t just being occupied by people who cannot afford to purchase a home, but by millennials who choose to live in “amenity-filled communities” and empty-nesters who want to downsize and live closer to work or downtown.