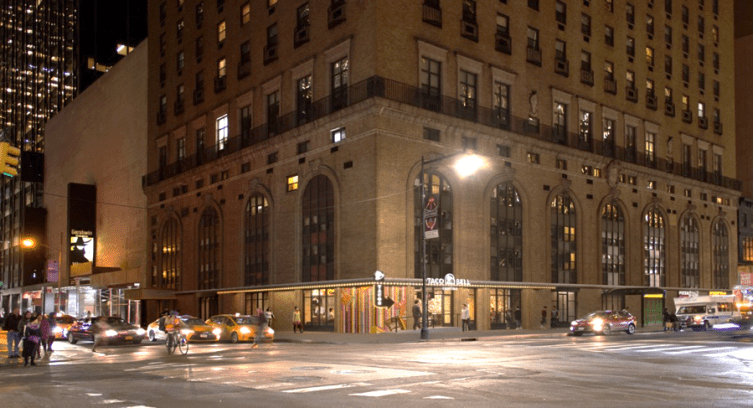 Less than a month after Commercial Observer reported that Taco Bell signed a lease for its first Taco Bell Cantina in Manhattan, the company has disclosed the locations of two more such stores in the borough.

As CO reported on July 20, Taco Bell Cantina signed its first Manhattan lease at the base of 500 Eighth Avenue between West 35th and West 36th Streets.

“We plan to open 1,000 new domestic restaurants by 2022—300 of which will be urban in-line [like the Cantinas, these are smaller locations that lack drive-thru windows, but they don’t serve alcohol] or Cantina concepts, and 125 of which will be in New York City and the surrounding boroughs,” the company said in a press release.

“Taco Bell’s newest concept will have a tremendous opportunity when it opens its doors at 224 Seventh Avenue in early 2019,” Paster said in an emailed statement. “A highly visible corner location in this bustling market is an ideal next step as Taco Bell Cantina as it continues its Manhattan expansion.”

Update: The story has been edited to include the names of the brokers representing the landlord at 224 Seventh Avenue as well as a comment from one of them.