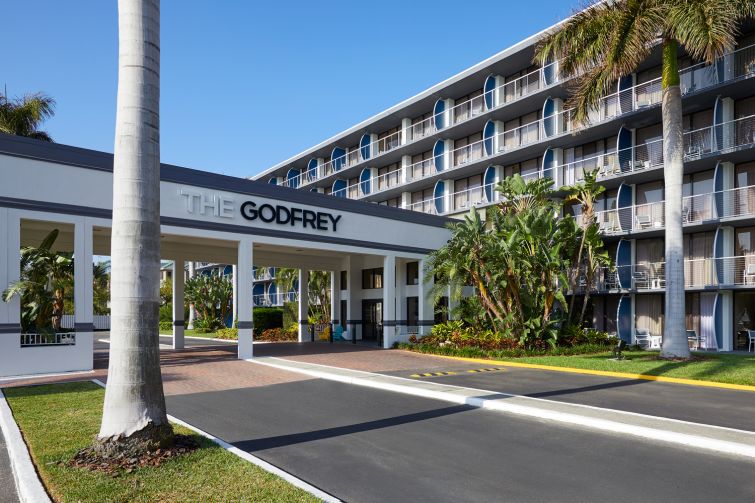 Oxford Capital Group has scored a $53 million loan from Marathon Asset Management to refinance construction debt on The Godfrey Hotel and Cabanas in Tampa, Fla., Commercial Observer can exclusively report.

The non-recourse, floating-rate loan carries a spread in the low 400s over LIBOR, sources said, and retires roughly $30 million in previous construction financing from CapitalSource. Additional capital will be provided to the sponsor upon meeting certain performance measures.

“The loan we ultimately closed is structured with an immediate return on equity as well as an additional earn-out once certain benchmarks are reached, which will bring the total proceeds to the full $53 million,” Hirt said in a statement.

The 276-key hotel at 7700 West Courtney Campbell Causeway is situated on the Old Tampa Bay waterfront on the Rocky Point peninsula, across the water from St. Petersburg. Built in 1974, the hotel was the Spring Training home of the New York Yankees for decades before the team sold it in 2005. The owners of the Yankees—the Steinbrenner family—would host holiday events and gatherings at the location as well as conduct team meetings and team business there.

Chicago-based Oxford Capital Group bought the asset for $34.5 million in 2015 from Tampa Bay real estate investor Ben Mallah, founder and principal of Equity Management Partners, with broad plans to renovate the building. The redevelopment included the addition of 15 new guest rooms as well as a renovation of the current guest rooms to add hardwood flooring and marble countertops. Oxford also renovated the lobby and added a cafe and wine bar.

One notable addition in the redevelopment was the inclusion of WTR Pool & Grill, which will host live events and music and will offer bayside waterfront and pool side dining and entertainment for guests.

“Ramp loans are based in large part on projecting the property’s path to stability, and that adds a wrinkle of complexity that not all lenders can underwrite,” Hirt said. “However, Oxford’s long standing track record, as well as the incredible product they’ve created at the property, gave capital providers extreme confidence in the sponsor’s business plan. We produced a healthy market with several lenders vying for the deal, and we ultimately closed this floating-rate loan with very strong proceeds.”

Prior to Oxford’s acquisition, the asset was known as Best Western Bay Harbor Hotel at Rocky Point. It featured a Hulk Hogan-themed bar and restaurant where WTR Pool & Grill will now operate.

The hotel is located just a few minutes away from the Tampa International Airport, which saw a record number of almost 20 million passengers travel through in 2017, surpassing a previous record set in 2007.

A spokesperson for Marathon Asset Management declined to comment on the deal. Officials at Oxford Capital Group could not be reached.