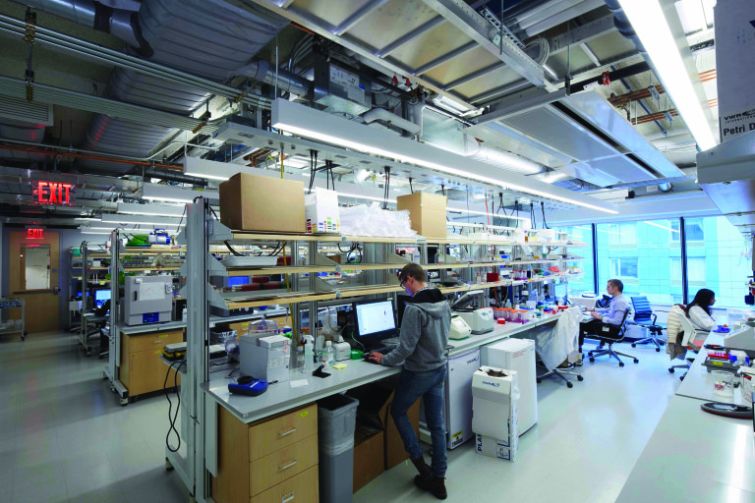 Simpler believes the life sciences industry is poised for massive growth in New York but is constrained by the lack of available and affordable laboratory space and locations. At present, there is only 1.7 million square feet of commercial life science real estate in all of New York City, and all of it is currently occupied. This lack of available space constrains small companies in this industry wishing to grow. In response, the New York City Department of Buildings has reinterpreted the definition of laboratory use, thus expanding the area where labs can be in the city. He mentions that the city is currently evaluating proposals for a life sciences hub, a flagship of the city’s 10-year, $500MM investment in life sciences known as LifeSci NYC.

Albro’s Boston-based firm has focused exclusively on life sciences real estate in that city but has recently been branching out into New York. He mentions wild disparities in life sciences between New York and industry hubs Boston and San Francisco. New York has comparable statistics in number of life sciences graduates and post-graduates and NIH funding but is shockingly behind in VC funding, jobs and dedicated life sciences real estate. As for why there is so little space here, he believes it’s because the city has many established companies but few resources for helping life sciences companies in growth mode. He believes we need more incubators and clearer, more expanded zoning.

Grushkin tells how Genspace began in his apartment, as a way for curious amateurs to experiment with biotech. Some who started at his space have since formed their own companies and secured funding. These companies, and more to come, will need real estate. He was surprised to find artists and designers showing up at his space, seeking ways to integrate biotech into their work, and sees opportunity here. Given that New York is a hub for both biotech innovation and art and design, he believes there is much opportunity at the intersection of these industries.

Schmieder uses microbreweries as an example of how biotech touches everyone’s lives, a point he said the industry should do more to communicate. He thinks New York and the surrounding area, including New Jersey, has one of the deepest life science talent pools in the country. He hopes to introduce people in different fields, including the arts, design, finance and media, to life sciences and believes that, as it grows here, it will do so all around the city, not just in one central area. He thinks this will help attract people in different industries to life science and expand possible commercial opportunities, including what sort of spaces might be used for life science endeavors.