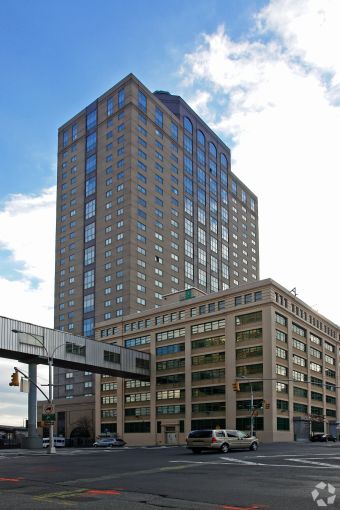 Brooklyn developer Breaking Ground has sealed a $157 million loan to support its acquisition of a former Jehovah’s Witnesses building in Downtown Brooklyn and its conversion of the site into affordable and supportive housing, according to property records.

In a deal that closed last week and appeared in city filings this morning, the debt was lent by the New York City Department of Housing Preservation and Development to a special-purpose entity that appears to be taking responsibility for the conversion. In separate loans, Breaking Ground also contributed $16.8 million to the funding vehicle behind the conversion project at 90 Sands Street.

In June, Curbed reported that Breaking Ground’s CEO, Brenda Rosen, would appear before Community Board 2 in an effort to win approval for the project to convert the 30-story, 507-unit building—formerly home to part of an extensive community of Jehovah’s Witnesses in the neighborhood—into a rental building designated for affordable and supportive housing.

Breaking Ground bought the building for $170 million from its most recent owner, RFR Realty—which in turn purchased the tower from Kushner Companies and LIVWRK in late 2017 for $135 million and intended to transform the tower into a hotel. The site stands near the corner of Sands and Jay Streets, next to the Brooklyn approach to the Manhattan Bridge.

Breaking Ground manages about 3,500 multifamily apartments in the tri-state area, with around 1,000 more units under development, according to the Brooklyn Daily Eagle.

Representatives from Breaking Ground and HPD did not immediately respond to inquiries.