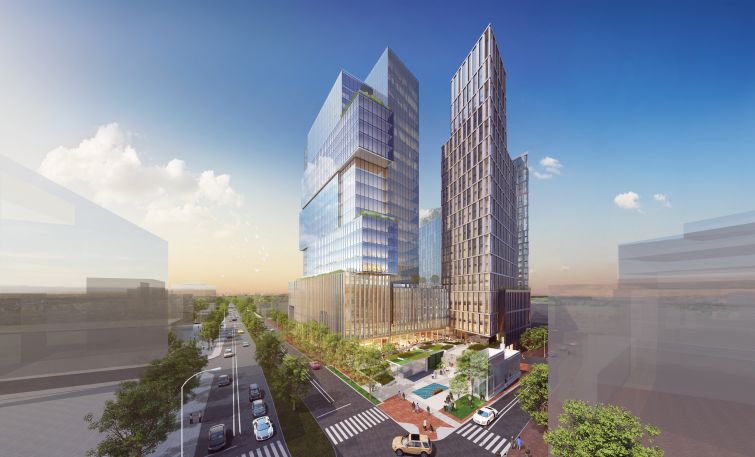 Fox Television affiliates in Washington, D.C., plan to relocate their shared studio out of the city to an under-construction mixed-use development in Bethesda, Md., brokers in the deal announced.

WTTG and WDCA signed a 16-year lease for 59,172 square feet inside Carr Properties’ The Wilson at 7272 Wisconsin Avenue, taking the sixth through eighth floors, according to Savills Studley, which represented Fox in the deal.

The stations will move their operations and studio facilities from 5151 Wisconsin Avenue NW after more than 60 years in the city. Asking rent at the development wasn’t immediately clear.

“With this move, Fox becomes one of the first companies to relocate from Washington, D.C., to Maryland in a long time,” Art Greenberg of Savills Studley said in a statement. “Bethesda is one of the tightest real estate submarkets in the region.”

Greenberg represented the station along with colleagues Bie Chu Lee and Kelly Givens. It wasn’t immediately clear who handled it for Carr Properties and a company spokeswoman did not respond to a request for comment.

The Fox stations will open their new studios in June 2021 upon completion of the Carr development, as per a Savills Studley release.

Carr bought the former Apex Building at 7272 Wisconsin Avenue for $105.5 million in 2016 with plans to demolish it and build a 937,000-square-foot development with offices and apartments, according to Bethesda Magazine.

The development will have 360,000 square feet of office space with ground-floor retail, two residential towers with 456 apartments and a parking garage. The plaza in front of The Wilson will also house a new entrance for the Red Line station and a planned Purple Line light-rail, according to Savills Studley.