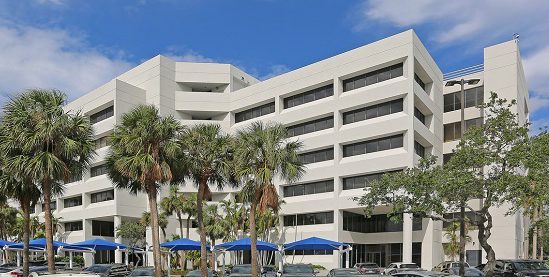 Deutsche Bank has provided a $192 million acquisition loan to Walton Street Capital and Crocker Partners for their purchase of The Landing at MIA, an office and industrial portfolio adjacent to Miami International Airport, Commercial Observer has learned.

The Landing at MIA is currently 94 percent leased to 86 tenants and anchored by Norwegian Cruise Line, which occupies 328,788 square feet, having recently expanded its space by 28,000 square feet. The property has served as the cruise ship operator’s headquarters since 1996.

CBRE Global Investors acquired the property from Houston-based Hines Real Estate Investment Trust for $132.3 million in October 2014, according to Biz Journals. It was known as Airport Corporate Center at the time, before CBRE invested $17 million in capital improvements, re-positioning the property and rebranding it as The Landing at MIA.

Those improvements included a 5-star conference facility and fitness center, infrastructure upgrades and complimentary shuttle services throughout the park as well as to and from Miami Airport. Architecture firm RTKL developed the property’s master plan at the time to include event pavilions, walkable outdoor areas, new building facades and reimagined office interiors.

A spokesman for Deutsche Bank did not return a request for comment, nor did officials at Walton Street and Crocker Partners.