Occupancy at 55 Chrystie Street has dipped from 100 percent to 41 percent in just over a year. 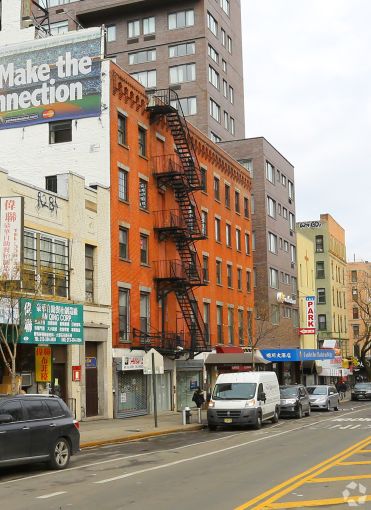 The $25.1 million loan on 55 Chrystie Street—a 42,800-square-foot office and retail property owned by Gary Tse’s CTW Realty Corp.—is in payment default and being marketed for sale by HFF, Commercial Observer has learned.

The 10-year, interest-only CMBS loan was originated by Ladder Capital in April 2017 and placed in the LCCM 2017-LC26 deal.

At the time of origination the building was 100 percent occupied, but occupancy has since dipped to only 41 percent, with the majority of its 21 tenants paying on a month-to-month basis, according to HFF’s marketing information shared with CO by sources familiar with the sale. Officials at HFF declined to comment.

The exact reason for the decrease couldn’t immediately be ascertained, but July servicing commentary provided by Trepp states that the borrower “communicated a transitional business plan for the property to move from typical small leases to a more flexible arrangement to lease space for events and supporting businesses.” The commentary also states that “the borrower has not provide financial reports since origination.”

The loan was transferred to special servicer Midland Loan Services on May 8 due to imminent monetary default and Midland initiated foreclosure and petitioned for receivership on June 8, Trepp data shows.

CTW Realty Corp. purchased the five-story property—formerly a garment factory erected in 1900—in 1982 for $1 million. Since the acquisition, the firm has invested roughly $5 million in tenant and capital improvements, according to the KBRA presale report.

Those renovations include the conversion of the second through fifth floors from factory space to its office use in 2009, and more recently creating loft-like spaces that cater to art and media tenants.

Indicative offers on the debt are due Sept. 12, with best and final offers due Sept. 26.

The loan sale provides potential investors with the opportunity to acquire collateral “that is poised for repositioning and located in a burgeoning Manhattan submarket that boasts an average vacancy rate of less than 10 percent on both office and retail space,” the HFF marketing material reads.

Officials at CTW Realty Corp couldn’t be reached for comment.