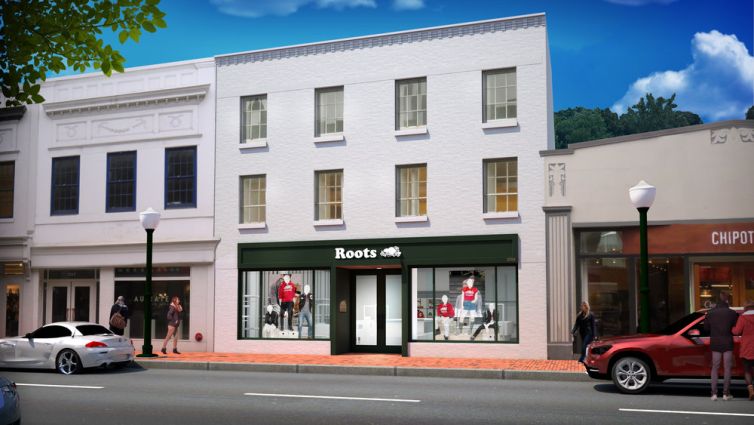 The brand, which sells apparel, leather goods, footwear and accessories, is opening a 3,550-square-foot store in Georgetown at 3259 M St NW on Aug. 9, according to the Washington Business Journal, which first reported on the news. And, a 3,200-square-foot outpost inside of Arlington, Va.’s Fashion Centre at Pentagon City at 1100 S Hayes is opening on Aug. 11.

A Roots spokeswoman would not disclose the lease terms of the leases.

The Georgetown store will feature a workshop where customers can personalize leather bags, fitting rooms decorated with regional landscapes and a lounge that will highlight the company’s history, according to a company press release.

Roots President and CEO Jim Gabel said in a prepared statement that he hopes to open 10 to 14 new U.S. locations by the end of 2019.

“We are confident our inclusive lifestyle brand with its legendary feel, will resonate well with U.S. customers,” Gabel said. “With a growing retail footprint and an e-commerce platform that ships to all 50 states, we are increasingly able to bring our iconic Roots brand to a broader base of customers across America.”

Long term, Gabel said, “we believe the U.S. represents a minimum 100-store market opportunity for us.”