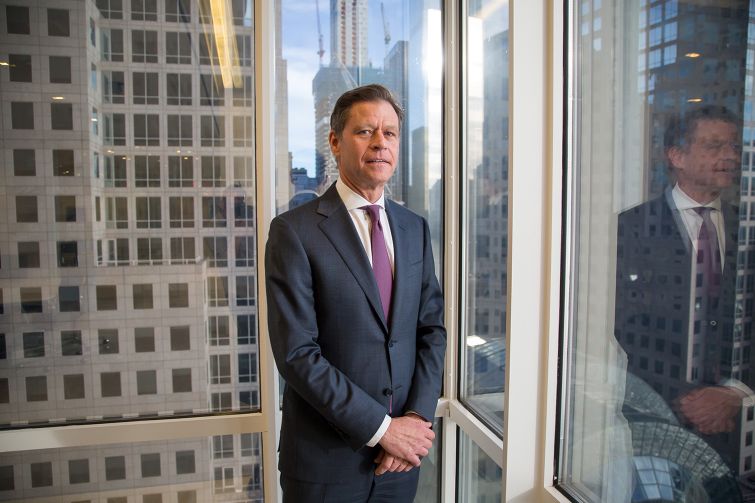 On the back of its recently approved acquisition of GGP and its planned takeover of Forest City Realty Trust, real estate investment giant Brookfield Property Partners plans to raise billions through a “capital recycling” initiative meant to finance those deals as well as future investments, company executives said on Brookfield’s second-quarter earnings call today.

Most notably, Brookfield CEO Brian Kingston and Chairman Ric Clark said the company expects to raise $1.8 billion by selling a 35 percent interest in its expansive Manhattan office and multifamily real estate portfolio. Kingston noted that Brookfield had already sold off 28 percent of that portfolio to a “newly launched Brookfield-sponsored core real estate venture” allowing institutional investors to invest across “a large subset of the [New York City] portfolio” rather than on an individual asset-by-asset basis. The company hopes to syndicate a further 7 percent stake in the portfolio by the end of the year.

The portfolio does not, however, include the company’s office building at 300 Madison Avenue between East 41st and East 42nd Streets, due to the fact that the asset “has a self-amortizing mortgage on it,” and also excludes projects and properties that “are [yet] to be developed,” Clark said.

The Brookfield executives noted that the portfolio stake is only being sold out of Brookfield’s own interests in the assets in question, with the company already having joint venture partners at many of the properties. With the sale of the 35 percent stake, “we would hold 65 percent, effectively, of the ownership that we had [beforehand],” Kingston said.

But the plan is part of a larger effort to “recycle capital” out of Brookfield’s stabilized, existing properties in order to funding future capital requirements and repay corporate-level debt, company CFO Bryan Davis said. In addition to striking a deal to sell 112 assets in Brookfield’s self-storage portfolio to an undisclosed buyer for a total of $1.2 billion, the firm is eyeing “a second round of asset sales” over the next 18 to 24 months that Davis said will look to repay some of the “acquisition-level debt” that will accompany the GGP and Forest City transactions.

Brookfield received approval from GGP shareholders last week to go ahead with its $15 billion buyout of the Chicago-based mall owner, and Kingston said the deal is expected to close for good by the end of August. But the company’s capital recycling initiatives are also meant to finance Brookfield’s $11.4 billion acquisition of Forest City Realty Trust, which still needs to be approved by Forest City’s shareholders.

Kingston described Forest City’s portfolio as “comprised of a number of iconic assets across majority gateway cities across the U.S.,” and said that Brookfield sees a “tremendous opportunity to create further value within [those] assets.”