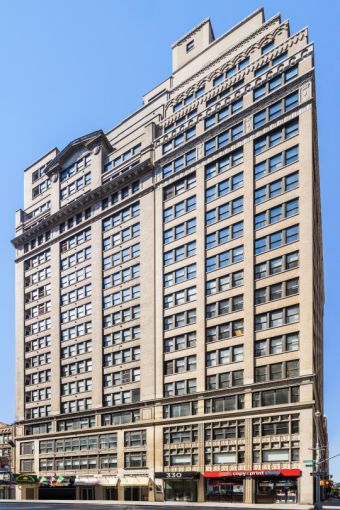 Operations management software startup BetterCloud is expanding its offices at 330 Seventh Avenue to more than 25,000 square feet after agreeing to take an additional floor at the Chelsea property, Commercial Observer has learned.

BetterCloud inked a lease this month for the entire 12,850-square-foot fourth floor at the 22-story, 245,000-square-foot office building at the southwest corner of West 29th Street, according to sources with knowledge of the transaction.

The deal takes the company’s total footprint at 330 Seventh Avenue to 25,350 square feet—with BetterCloud already occupying the building’s entire 14th floor, spanning 12,500 square feet, since 2015. The software firm is expected to take occupancy of its new space before the end of the year.

Asking rent in the seven-year deal was $59 per square foot, sources said. Arkady Smolyansky of CBRE represented the tenant in the transaction, while the landlord, the Gural family-led GFP Real Estate, was represented in-house by Alphie Toro.

“We explored other alternatives in the market for BetterCloud’s [headquarters], but 330 Seventh Avenue proved to be the best option,” Smolyansky said in a statement, citing the building’s ability to “accommodate the company’s current and future growth.” He also noted the appeal of 330 Seventh Avenue’s renovated lobby, which is slated for completion later this year, as well as BetterCloud’s ability to “maintain prominent signage” in the property’s lobby and entryway.

GFP also provided BetterCloud with “an immediate temporary space” that the tenant will occupy while its new offices on the fourth floor are being built out, Smolyansky added.

In a statement, GFP’s Toro confirmed the deal and said the landlord “continue[s] to see robust leasing activity at 330 Seventh Avenue.”