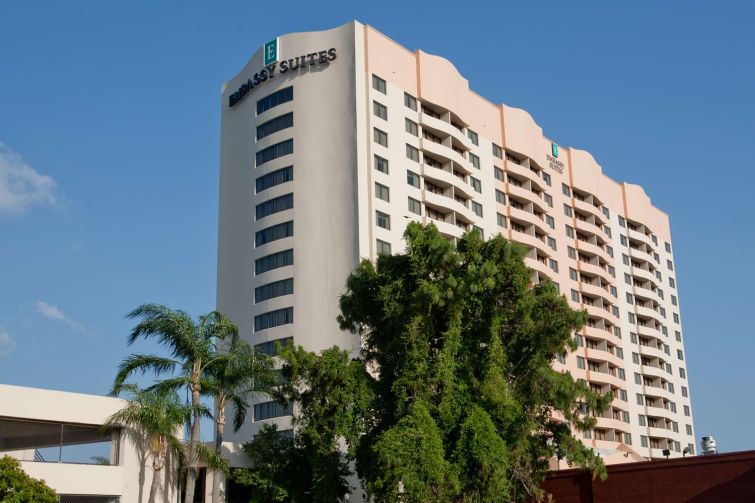 Square Mile Capital has nailed down $178.5 million in financing from ACORE Capital to buy a set of four hotels in four different markets, Commercial Observer can exclusively report.

The debt, divided among a first-lien mortgage and mezzanine financing—an ACORE spokesman would not disclose the precise split—will pay off over the course of five years, according to the lender. No brokers were involved in arranging the loans.

All four of the hotels, which total 960 rooms and nearly a million square feet, are Embassy Suites franchises, a brand administered by Hilton. Three—properties in Boston, Denver and Tampa—are adjacent to those cities’ international airports, and geared toward travelers. The fourth stands adjacent to a golf course in Phoenix, Ariz. near Paradise Valley, an area that attracts golfers to its high-end links.

The previous owner of the hotels was Blackstone, sources familiar with the portfolio confirmed. Aimbridge Hospitality, a lodging property-management firm based in Plano, Texas, is the manager for the properties, according to that company’s website. Besides the four assets sold to Square Mile, Aimbridge’s portfolio includes ten other Embassy Suites locations, in cities such as Chicago, Houston and Baton Rouge, La. Aimbridge also owns hotels branded under dozens of other identities.

The four properties were built between 1984 and 2003, and each either started or finished a major renovation within the last two years, ACORE said. The lender did not disclose sales prices, but Denver County property records show that the Embassy Suites at Denver International Airport sold for $49.5 million, according to BusinessDen.com, a local commercial news site.

“These four properties are in attractive, high-barrier-to-entry locations and, with targeted capital renovations planned, they are poised for future performance growth,” Nolan Hecht, an executive at Square Mile, said in a statement. “We will implement our hands-on asset management approach, and we look forward to maximizing the potential of these institutional-quality, geographically diversified assets.”

Hotels near airports make up an especially strong segment of the national lodging market. Occupancy rates at airport hotels have consistently bobbed above 70 percent over the last four years, and in 2017, revenue per room grew 3.1 percent at airport properties, twice as large an increase as the improvement notched by urban lodgings, according to Claudia Alvarado, an analyst at STR.

Representatives for Square Mile were not immediately available to answer questions.