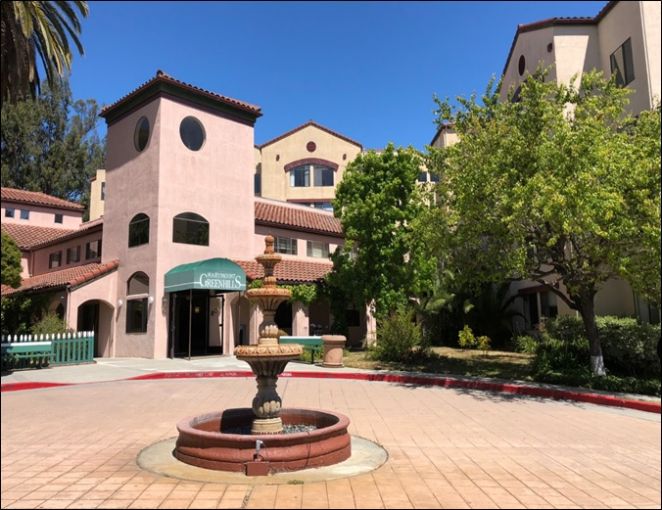 Cadence Senior Living, an Arizona-based developer of multifamily housing for elderly people, has sealed a $34.4 million mortgage from ACORE Capital to fund its purchase of a retirement and assisted-living facility in the San Francisco Bay Area, Commercial Observer can exclusively report.

The five-year loan, brokered on Cadence’s behalf by HFF, closed earlier this month, according to an ACORE spokesman

Marymount GreenHills Retirement Center, as the property is known, is a 34-year-old development that was renovated this year. About 12 miles south of downtown San Francisco, the senior facility stands in Milbrae, Calif. a block off El Camino Real, a thoroughfare that connects suburban towns up and down the San Francisco Peninsula. A mile separates the 158-unit building from Milbrae’s main commercial drag. The runways of San Francisco International Airport are even closer.

“ACORE is very bullish on the senior-housing sector given the favorable demographic trends and projected needs of the aging baby-boomer population,” Lance Wright, a managing director in ACORE’s Dallas office, said in a statement. “We were attracted to this loan in particular because Marymount Greenhills is ideally located near a number of demand drivers such as the San Francisco International Airport, numerous shopping centers such as Millbrae Square and dense residential nodes with high-end homes.”

The loan represents the first debt deal between ACORE and Cadence, Wright said. The ACORE spokesman declined to disclose the acquisition price.

Soaring housing prices in Northern California have sent retirees reeling. Waiting lists for rent-subsidized apartments for seniors may stretch up to three years, according to California Health Report, a news site that covers health care in the state. Some elderly people have been turning to novel solutions, such as pooling their resources to form “cohousing” communities that function like dormitories for senior citizens, The Mercury News, a newspaper in San Jose, Calif., reported.

Indeed, the expense of apartments and houses in the state makes it difficult for many Californians to retire in the first place, according to research from AARP. In a survey done late last year, more than half of the state’s residents said they were anxious about having enough money to stop working in old age, and many listed housing expenses as a primary concern.

Marymount GreenHills features assisted living, independent living and memory care services for residents with cognitive illnesses. The property has a library and a beauty parlor, and organizes live onsite entertainment and outings for shopping and local meals.

Representatives from HFF and Cadence did not immediately respond to inquiries.