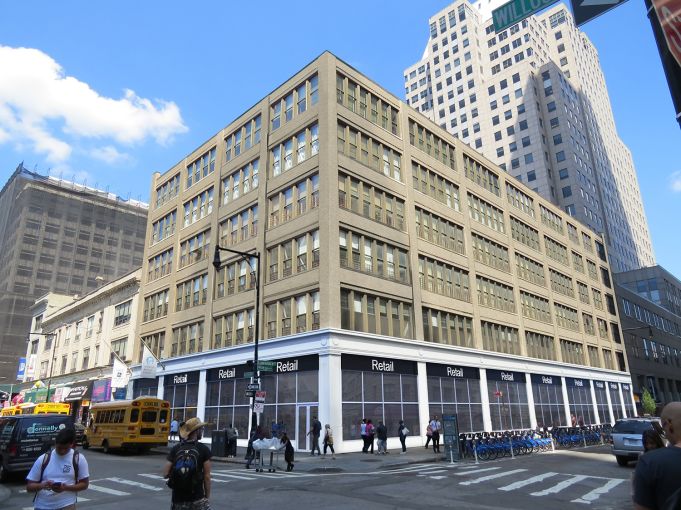 A rendering of the planned renovation for 57 Willoughby Street. Photo: TPG Architecture 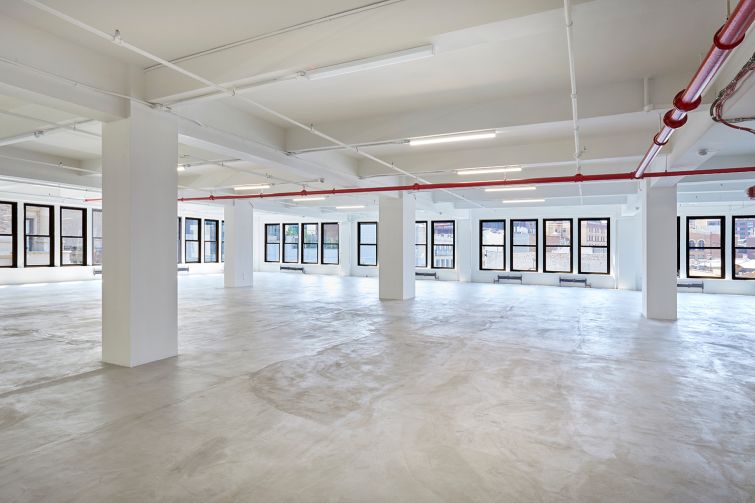 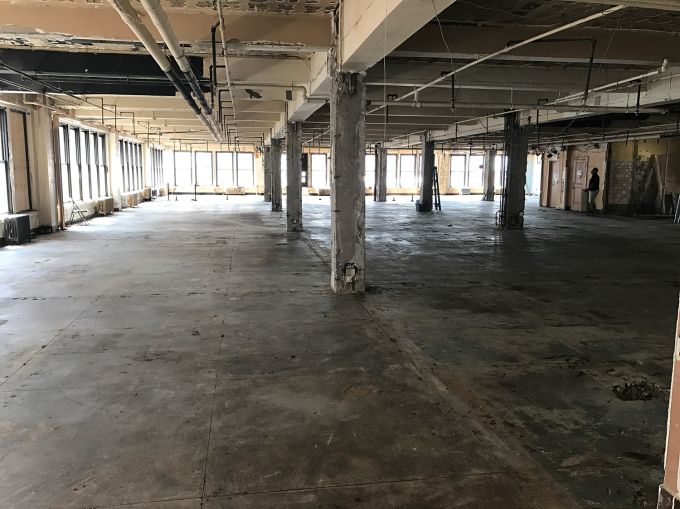 The firm, led by Jeffrey Kaplan, purchased the six-story, 96,000-square-foot building for $54 million in December 2016, with plans to sink another $10 million into a renovation.

“When we toured the building [it was from the days] Helen Keller owned it, they had drop ceilings that were really low,” said Whitten Morris of Newmark Knight Frank, who’s marketing the building’s 60,00 square feet of available office space. “The windows were very covered up and it was office intensive. We peeled off the installation and it turned out there were really high ceilings. We demolished one of the floors that we’re making into the marketing floor, totally gutted it, and there are a lot of large windows. It just shows phenomenally well.”

Morris is showing the space to tech, advertising and media companies, schools, nonprofits, and other groups that find the property’s location near Borough Hall and Jay Street Metrotech appealing. Asking rents are in the low- to mid-$50s per square foot.

Construction began earlier this year on the building, which is getting a revamped facade, new elevators and HVAC systems, a fully renovated interior and two new lobbies. Housing Works, a nonprofit that offers housing and health care services to people with AIDS and other chronic health conditions, has been a tenant in the building since 2004 and recently renewed its lease for 41,000 square feet in the basement, and on the first and second floors. Housing Works will have its own new lobby for its patients, and the main entrance will get a new, glassed-in lobby outfitted with white ceramic tiles along the floors and ceiling. Further into the building, a tile that resembles wood planking will cover most of the surfaces.

“We wanted to make it as bright and open as possible,” said Mark Ruzzier of TPG Architecture, which is handling the design of the renovation. He explained that there would be an all-glass entrance with a revolving door, and “from a lighting standpoint we’re going with a series of vertical light fixtures as you enter to create these portals. They go up to the ceiling and connect to the ceiling fixture.” TPG also removed the upper mezzanine level of the lobby in order to create a double-height space.

Meadow Partners is also repointing and power washing the brick facade, adding white tiling around the main lobby entrance, and updating the retail spaces and the building’s base in order to create new, larger glass storefronts. In addition, the landlord is extending the facade’s gray brick down to the ground floor to create continuity and make the street level more attractive.