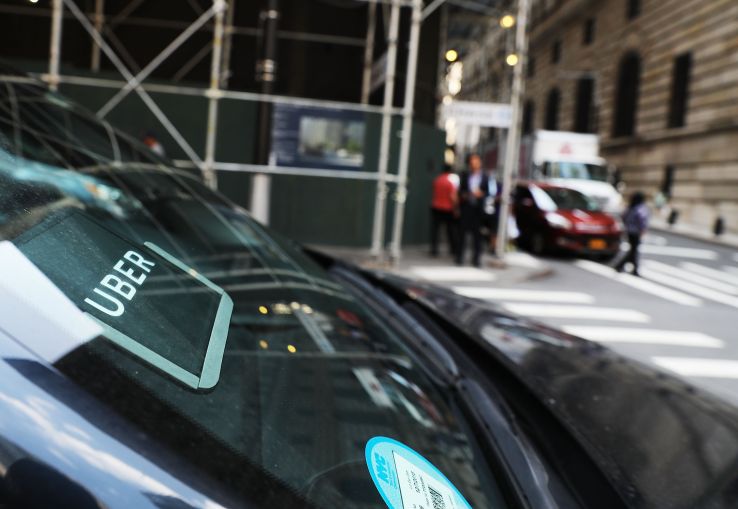 The ride-hailing giant already pumped a reported $100,000 to lobby state lawmakers for the plan—which would collect taxes from drivers in certain parts of Manhattan and use the money to help the city’s crumbling subway system—and committed on Wednesday to at least another $1 million.

“A comprehensive congestion pricing plan is the best way to fix the subways and ease congestion in Manhattan and everyone—whether using a delivery truck, personal vehicle, taxi or Uber—should pay their fair share to help keep the city moving,” Sarfraz Maredia, the regional general manager for Uber in New York City, said in a statement. “Educating the public about the benefits of comprehensive congestion pricing and advocating for a solution that funds mass transit is Uber’s top priority in Albany.”

The plan—which faltered in recent state budget negotiations—has been backed by several business groups in the city, including the powerful Real Estate Board of New York who lauded Uber’s commitment.

“Congestion pricing is critical if New York is to generate the money needed to maintain a world-class mass transit system and reduce vehicle congestion,” said John Banks, the president of REBNY, in a statement. “Uber should be commended for stepping up to the plate to move us closer to full implementation of all of the [state task force’s] Fix NYC plan recommendations.”

Even though the plan would increase the price of rides, Uber and competitor Lyft have thrown its support behind it because early versions of the proposal would offer a discount to people who used shared rides.

Single-fare cab rides would get an additional $2 to $5 tax for rides below 60th Street in Manhattan, according to the state task force’s plan released in January. However, ride shares would only be charged an extra 75 cents.

Both companies hope the plan would help spur that part of its business, with Lyft recently announcing a redesign of its app to encourage users to book more shared rides, the company said.

“Since day one, Lyft has been focused on increasing car occupancy and reducing cars on the road, which is why we are focused on efforts like reducing personal car ownership, encouraging shared rides, and partnering with transit,” Campbell Matthews, a spokeswoman for Lyft, said in a statement.

“We’ve been supportive of holistic efforts to address congestion in New York City, including congestion pricing as outlined by the Fix NYC plan.”

However, yellow cab advocates have been fighting against parts of congestion pricing and feel Uber’s support is just another way to push them off the road and dominate the city’s streets.

“There’s been such an oversaturation of cars and given that Uber’s fares are not regulated yellow cabs will be at more of a disadvantage,” said Bhairavi Desai, the executive director of the New York Taxi Workers Alliance. “They know that the way the business works on the street, yellow cabs will have a harder time remaining on the street.”

Desai has been pushing for the state to exempt yellow cabs from the tax because she feels it will further drive down fares for the struggling industry and doesn’t target the true cause of the city’s traffic woes: ride-hailing apps.

“You have a record low number of yellow cabs operating on the city street,” said Desai. “They are clearly not the cause of congestion, yellow cabs have been the victims of it.”

Aside from the tax on cabs, the Fix NYC proposal also calls for charging passenger vehicles $11.52 for driving below 60th Street during weekdays and trucks $25.34. Despite support from Gov. Andrew Cuomo, Fix NYC failed to get any traction in March’s budget negotiations, leaving its fate in limbo.

With Albany out of session, Uber plans to use some of the new funds to work with advocates and experts to try and turn around public support for congestion pricing. It has been unpopular with city residents, a March Quinnipiac poll found 42 percent of voters opposed to it.

Desai also said the timing of the extra funds is suspect, thinking Uber’s trying to divert attention away from a proposed City Council bill to cap the number of ride-sharing vehicles.

“Our concern would be that we wouldn’t want the City Council or the mayor to take their eyes off the cap of for-hire vehicles, which has been the heart of the issue, while Uber waves money to get the broader congestion pricing plan,” she said.