Why Have Special Servicers Owned Some CMBS Properties for Half a Decade? 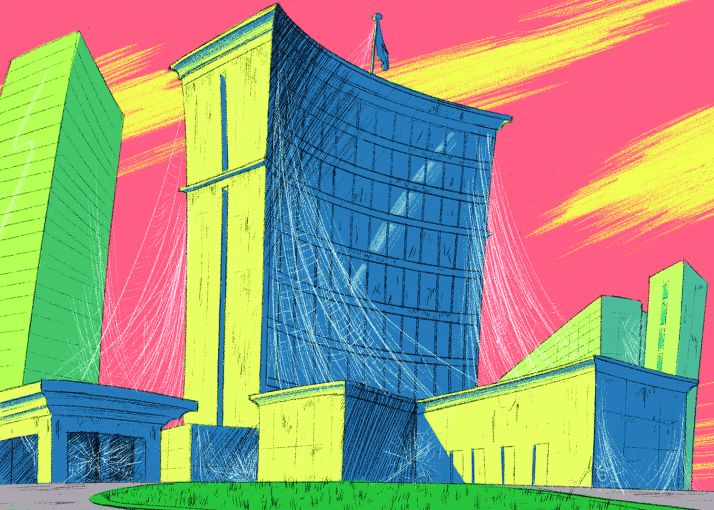 Outwardly, commercial mortgage-backed securities (CMBS) markets have shined over the last year, with the rate of loans that are at least 30 days delinquent declining in June below 4 percent for the first time since the financial crisis. The proportion of delinquent loans has fallen in all but one of the last 12 months, down to 3.95 percent from 5.75 percent in June 2017.

But while fewer properties are lapsing into missed payments than at any time over the last decade, the picture is less sanguine for investors angling to recover misbegotten debt on assets languishing in foreclosure.

In the most severe cases, special servicers—the companies tasked with resolving distressed credits—take possession of insolvent buildings with the aim of rapidly selling them off to repay lenders. Data on these so-called “real-estate owned” (REO) properties reveal, however, that even during a bullish commercial real estate sales market, the discharge process drags on far longer than any investor would hope.

A comprehensive list of all the REO properties that were on special servicers’ books as of May, obtained from an experienced CMBS investor who declined to be named, raises questions about how efficiently special servicers can sell off troubled CMBS assets they take possession of. In all, about 615 assets, representing just shy of $22 billion worth of commercial real estate, were owned that month by the small handful of eight companies responsible for servicing every distressed CMBS loan in the country.

That makes up just a tiny fraction of the value of all CMBS properties outstanding: just more than 1 percent of the $1.79 trillion of assets that back CMBS deals, according to Trepp. But on average, the REO loans were parked on servicers’ books for around 650 days—more than a year and three quarters. And in almost 20 percent of REO situations, a tally covering over $1 billion of real estate, special servicers had taken more than 45 months and counting—just shy of four years—to sell off the assets on their books.

One property, an office-building complex known as The Covenant Buildings at 11330 Lakefield Drive in the outlying Atlanta suburb of Duluth, Ga., has been sitting on the books of its special servicer, CWCapital, for over 2,300 days—well more than six years. Securitized by Wells Fargo in the WBCMT 2007-C30 CMBS transaction 11 years ago, the pair of buildings, totaling 111,643 square feet, experienced a monetary default in the summer of 2011 and has sat on CWCapital’s books since early 2012, according to data from Trepp.

CWCapital’s recent monthly reports about the building emphasize its strong stewardship of the property, highlighting that it has renewed the lease of the property’s largest tenant, boosted the overall occupancy rate to 85 percent, and kept the building in good working order without any deferred maintenance. Still, none of the monthly updates from this year so far provides an explanation as to why CWCapital hasn’t been able to find a buyer. Because of the CMBS loan’s initial interest-only term and its ballooning debt structure, even the four years of timely payments on its debt service barely made a dent in the outstanding principal. Of the $11.8 million loan balance at securitization, investors are still owed $10.1 million. A spokesman for CWCapital declined to comment.

Not far behind is a Richmond, Va. property called the Turning Basin Building, a five-story office building in the Virginia state capital. In 2006, the building landed a $16.2 million CMBS loan that was securitized into the JPMCC 2006-LDP9 deal, but today it is worth just $10.8 million, according to data provided by the CMBS investor. Currently under special servicing with Miami-based LNR, the property has been in the REO process for more than six years, since April 2012. A representative for LNR declined to speak about that property.

Extended REO periods like those appear to push up against federal limits. Securitized loans are typically held not by individuals or corporations, but by legally protected entities called investment trusts or real estate mortgage investment conduits, to which the Internal Revenue Service grants special tax-preferred status. In order to administer trust-held properties without jeopardizing those tax benefits, servicers must sell off assets within three years, according to federal rules. They can apply for a one-time extension that brings the total permissible hold period to six years, according to a source with knowledge of the industry, but in theory, beyond six years, they will run afoul of the law.

Whether or not the IRS intends the three-year period to be strictly binding, its granting of exemptions, by all appearances, has become routine. Of the 613 properties that were owned by special servicers in May, 138—almost a quarter—had been REO for more than three years. (An IRS spokeswoman didn’t provide a comment.)

And though the average value of properties in REO today is just $11.4 million—they’re troubled assets, after all—big-ticket buildings aren’t precluded from the list. The 15 priciest REO collateral properties in the country have an average value of $148 million, according to Trepp data. That list includes the 398,000-square-foot Independence Mall in western Missouri, a property worth $200 million, and the Four Seasons Aviara in Carlsbad, Calif., a 329-room hotel valued at $186.5 million that has been owned by CWCapital for more than a year.

(An update from the servicer, accessed on Trepp, reports that at least one buyer has expressed interest in the Four Seasons.)

A handful of credit rating agencies—most notably S&P, Fitch, and Kroll Bond Rating Agency monitor special servicers through regular servicer evaluations, which document, among other things, how efficiently the companies are able to sell off loans that reach their books. The evaluations provide a glimpse at how close the servicers come to meeting their own goals for marketing distressed properties.

According to S&P Global Ratings’ August 2017 servicer review of Trimont Real Estate Advisors, one of the eight special servicers, the company’s policies require it to list real estate for resale within 60 days of taking over a property’s deed. That guidance may help the firm speed along its listings somewhat, but the company still takes an average of nearly 900 days to sell off REO properties, S&P found.

Delays like that—about 30 months—undercut the cash that investors can recoup on troubled properties. Trimont, for example, was able to sell off REO assets for, on average, 91.1 percent of market value, a fairly typical number for special servicers. If the servicer could discharge the asset immediately, that would mean recouping $18.2 million on a $20 million building.

But each monthly delay of the payout pushes back the moment that an investing institution can put its capital back into the market. Assuming a 2 percent market interest rate, Trimont’s 30-month average delay in discharging assets means that investors only get back the present-day equivalent of $17.3 million, or 5 percent less.

In at least one case, a credit rating agency called out a special servicer for appearing to make excuses for keeping real estate on its books for a drawn-out period. In its June 2017 evaluation of CWCapital, Fitch noted that the firm had a longer average REO duration—two and a half years—than any of its competitors. Fitch’s analysts reported that in discussions with the servicer’s executives, CWCapital’s management explained away its slower REO process by arguing that with more time to accomplish property improvements and leasing, it could better improve the value of distressed buildings. According to the rating agency, that argument rang false.

“Fitch discussed several REO assets with [CWCapital’s] REO asset managers and senior management to better understand workout plans,” the Fitch analysts wrote. “While [CWCapital] continues to stabilize and lease up these assets prior to sale, Fitch questions the necessity and feasibility of plans given [that] historical resolution data indicate higher potential losses the longer an asset is held.”

Beyond the three- and six-year IRS guidelines, the bespoke legal documents that govern how loans should be administered in any given CMBS deal, called pooling and servicing agreements, or PSAs, usually add more constraints on how servicers treat REO properties. Most importantly, they typically require servicers to maximize the net present value that investors recoup from a firesale.

But if these documents theoretically provide transparency on how servicers will proceed, they’re not necessarily investor-friendly roadmaps for resolving distressed loans. The agreements can run hundreds of pages long, and just tracking down the text of PSAs is a challenge.

“They’re public, but sometimes they’re hard for investors to find,” said Adam Friedman, a New York-based securities lawyer at Olshan Frome Wolosky. “You have to search hard for them.”

In some cases, prolonged REO periods face more obstacles than simply finding a willing buyer, such as when litigation between the borrower and the servicer gets bogged down in courts. A few states are notorious among investors for the torpid pace of their foreclosure litigation.

“Don’t lend in Ohio,” Marshall Glick, a longtime CMBS portfolio manager at AllianceBernstein, joked, describing the reputation of courts in that state.

Research from Moody’s Investors Service bears out the notion that when properties dawdle on special servicers’ balance sheets, property values—and investors—suffer. In a study of loan liquidations between 2000 and 2016, the rating agency found that loans resolved within six months incurred losses, on average, of 22 percent, while loans that took more than five years to resolve typically lost 85 percent of their value.

“In general, we’ve seen that the longer a loan remains in special servicing, the higher the loss severity generally is,” said Matt Halpern, a vice president at Moody’s.

A CMBS deal’s most exposed investors, the subordinate note-holders known as the controlling class, often stay close in touch with special servicers, and have the power to fire them if unsatisfied with their performance. But institutional investors who own the sector’s more conservative tranches complain of being kept out of the loop during extended REO periods.

“When you’re in the dark, it’s always frustrating,” Glick said. “There are definitely situations where you scratch your head and say, ‘Why is this taking so long?’ The sales process [can] seem to take forever.”

Some special servicers stay out of the investing business, and earn their keep entirely on the fees generated from their work on troubled assets. That, in theory, could set their interests against those of the investors that PSAs command them to serve. According to the Moody’s research, investors should hope for speedy sales, but as the REO period drags on, the fees that servicing companies earn as revenue mount.

On the other hand, servicers like LNR that also invest in the subordinate tranches of the deals they work on can raise eyebrows among senior-tranche investors who, during messy loan resolutions, may grow skeptical that their interests are in alignment.

“It got very squirrelly in CMBS 1.0 [in cases where] special servicers owned the B-piece,” Glick said. “That’s where there were a lot of games being played.”