Private Equity Firm Sticks Around and Grows on Park Avenue 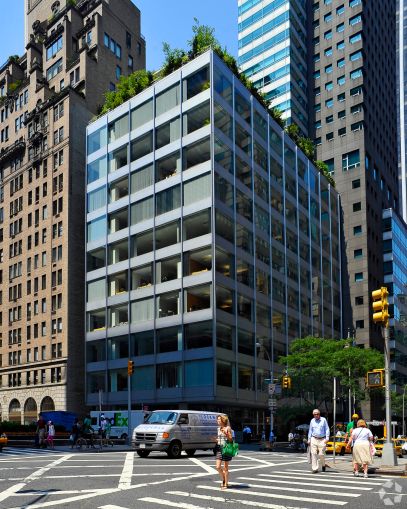 The investment fund signed a 12-year deal last week for 19,683 square feet on the entire fourth floor of the 40-story building between East 58th and East 59th Streets, according to a source close to the deal. Asking rent for the space wasn’t disclosed.

PPC is expanding its current, 12,044-square-foot offices, which it has occupied since 2012 on a sublease from Caxton Associates, another trading and investment firm, per sources and CoStar Group.

Frank Doyle, David Kleiner and Harlan Webster of JLL represented the landlord, Morgan Stanley Prime Property Fund, in the transaction. David Goldstein and Mike Mathias at Savills Studley represented PPC. A JLL spokesman declined to comment on the deal, and a spokeswoman for Savills Studley didn’t immediately respond to a request for comment.

Other office tenants in the building include Magnetar Capital, Solar Capital and Friedland Properties, along with a 55-seat theater on the ground floor called the Park Avenue Screening Room.

The 11-story commercial portion of the tower was originally constructed as office for Pepsi-Cola in 1961. The 142,500-square-foot glass-clad structure was designed by Skidmore, Owings & Merrill in the International Style. In 1981, the property’s then-owner, the Equitable Life Assurance Society, decide to expand the former Pepsi-Cola building into a 41-story residential condominium, with 56 homes on the 12th through 40th floors. The city, recognizing the Pepsi-Cola building’s importance as a piece of post-modern architecture, landmarked it in 1995.