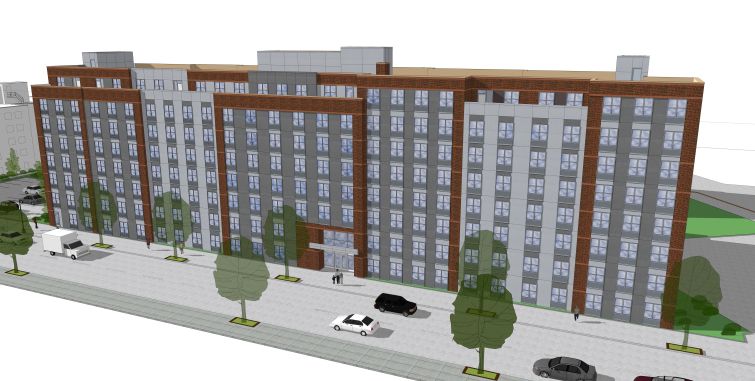 Property Resources Corp. and Camber Property Group have nailed down $55 million in construction financing for a low-income housing development in the Longwood section of the South Bronx, the developers announced today.

The pair of firms will fund the construction of the 163-unit building at 975 Tiffany Street through a combination of $40 million in tax exempt bonds from the New York City Department of Housing Preservation and Development and the Housing Development Corporation and $15 million in Low Income Housing Tax Credit equity. PRC and Camber are providing an additional $5 million, bringing the total package to $60 million.

“We’re thrilled to once again partner with PRC to provide critically needed affordable housing on formerly underutilized lots in Longwood,” said Rick Gropper, the principal of Camber Property Group, in a prepared statement. “Leveraging underutilized land to address the housing crisis is essential and we applaud the de Blasio administration and Councilmember [Rafael] Salamanca for their sustained leadership on this issue.”

The eight-story building will include studios as well as one-, two- and three-bedrooms for tenants who earn between 27 and 100 percent of the Area Median Income, along with 24 units set aside for formerly homeless families.

Ben Linde, a principal at PRC, noted that the firm’s “work in Longwood, where there’s such a critical need for affordable housing, has been especially rewarding.”

This will be the third affordable project developed by PRC and Camber in the neighborhood. The firms are also working on an eight-story, 120-unit building at 1000 Fox Street and a six-story, 80-unit building at 960 Simpson Street, both of which are expected to be complete by the end of the year.

“The city is facing an affordable housing crisis and building 100 percent affordable projects like 975 Tiffany Avenue is what the city needs,” said Salamanca, who serves as the council’s land use chair and represents the neighborhood. “These 161 units will not only offer low-income and working class residents new and amenitized residences, but also welcome formerly homeless individuals and families ready for independent living.”