On Thin ICE: How Trump’s Immigration Stance Is Impacting the Construction Industry 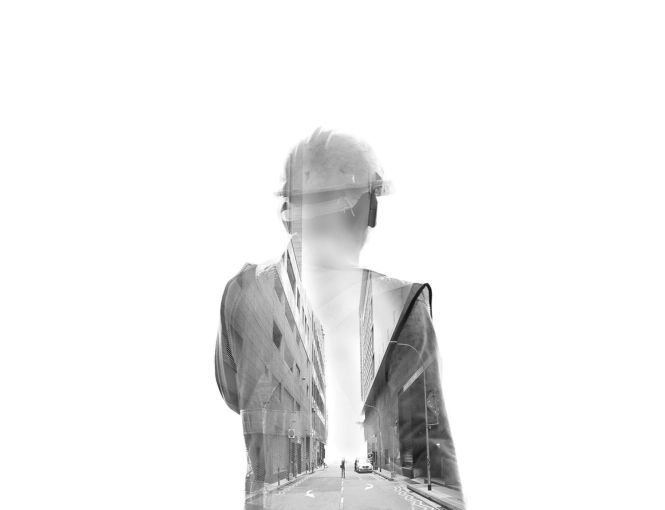 Walk by any active construction site and you will no doubt see sweat-drenched workers like Miguel Mijango clad in T-shirts, jeans and steel-toed boots.

He came to the United States with his father from El Salvador when he was 10 years old, fleeing a vicious civil war that had spilled into his countryside village in the late 1980s.

“Guerrillas would confront neighbors anytime of day because they wanted to draft us into the army,” he said. “I saw bullets hitting animals, chickens, dogs. I used to find neighbors in ditches.”

Mijango, 40, now organizes ironworkers with the International Association of Bridge, Structural, Ornamental and Reinforcing Iron Workers and had a job reinforcing rebar in Washington, D.C., when he was younger.

Workers spend eight hours a day outside lifting heavy iron and steel bars, placing them into poured concrete and tying them together. The grueling task requires strength and stamina and it’s done in both scorching heat and frigid cold. It’s not for everyone, but it’s one of the more attractive fields for unskilled laborers who are undocumented immigrants.

“The job is hard,” said Mijango, who has since become a U.S. citizen. “Most guys willing to take this job are trying to make a better life for themselves. A lot of guys are very humble and they just work here to make a living.”

Lately they have more pressing concerns than the weather. The Trump administration’s swath of immigration policies has separated families crossing the border, permitted deportation of undocumented individuals with criminal offenses, stymied an amnesty program for those who arrived into the country as children and curtailed work permits for immigrants receiving asylum from homelands mired in wars and natural disasters.

The president’s anti-immigrant rhetoric at rallies and on Twitter combined with a flurry of raids that U.S. Immigration and Customs Enforcement (ICE) officers have conducted at workplaces, schools, courthouses and private homes across the country have created a climate of uncertainty for immigrant families.

Mijango and his colleagues share stories about undocumented workers going through deportation hearings or ICE agents knocking on doors looking for one individual but seizing another. In his Springfield, Va., neighborhood, he has recently seen flyers threatening people that ICE was coming for them.

“Some people don’t go out and they change the way in which they live,” he said. “I try to tell people, ‘Be careful where you go, who you talk to and be aware of your surroundings.’ ”

His friend and fellow organizer Ronnell Howard has noticed that undocumented workers are more fearful speaking out about workplace abuses since Trump took office.

“They have a lot of fear in standing up for their rights and demanding things they’re entitled to such as drinking water [and] being paid overtime wages, so they’re going to be as quiet as possible,” Howard said. “If they speak up, they’re taking the risk of being deported. They’d rather deal with the abuse.”

The construction industry is experiencing a boom despite uncertainty among its labor force. There were 243,000 construction job openings nationwide in May 2018—a 33 percent rise from the same month a year prior when there were 183,000 openings, according to federal Bureau of Labor Statistics. Job hiring rose 4 percent over the same period as well—there were 385,000 hirings in May 2018, up from 371,000 a year earlier, federal statistics show.

There’s no lack of projects to build either—some 404,000 units were slated to come online last year, according to a Fannie Mae estimate in March 2017. Demand for housing and office space is particularly robust in New York City where a healthy economy and a need for housing across all income brackets has led to more shovels in the ground.

In June, there were 159,700 people employed in construction in New York City, the highest number recorded by the state Department of Labor. It was the sixth month in a row of the industry’s job growth. Much of that growth spurt is due to an increase in the number of specialty trade contractors—plumbers, carpenters, electricians, glazers and other subcontractors, who take up about 65 percent of jobs in the industry. Their numbers in the city topped 100,000 for the first time since the record hirings began in April and rose to 103,700 in June, according to state labor records.

Meanwhile, spending on construction is lurching upward toward new highs—in 2016 it hit $52.2 billion, the second highest amount in the city’s history, and it hit $45.3 billion in 2017. The New York Building Congress forecasts that spending will reach $52.5 billion in 2018 and another $50.1 billion in 2019.

The steady rise in jobs and increased spending has led some industry insiders to wonder whether there may soon be a labor shortage and what could be done about it.

Workers interested in joining a unionized trade often enter apprenticeship programs, where proper documentation is required. Some contractors recruit students while they’re still in high school vocational programs and designate them a top priority for employment. When times get tough, contractors can put out a call for workers from other states.

“I would say our labor force is getting tight, but what the union will have an ability to do is have ‘travelers,’ who are union workers from other jurisdictions that can be brought in to help with any potential labor shortage,” said Louis Coletti, the CEO of the Building Trades Employers’ Association of New York. “If the market continues in the strong direction it’s going in, we may have to implement that policy.”

Nonunionized shops are often hiring from a growing pool of unskilled workers who have migrated to the United States from Central and South America. Latino workers have represented 49 percent of all nonunion workers in the construction industry versus their 31 percent of the unionized workforce from 2006 to 2015, according to the Economic Policy Institute.

The nonunion shops have fewer work requirements and lower barriers to entry than union shops but also have fewer protections such as employee benefits and adequate job training.

“There are no requirements. They’re just looking for people to do the jobs,” Coletti said. “That immigrant workforce is at great risk without appropriate safety equipment and training, but they have to feed their families so those are the jobs they take.”

Despite the risks, the presence of immigrant workers in the construction industry has been growing. For the past decade, immigrants have steadily replaced the U.S.-born construction workers who left the industry after the Great Recession. Immigrants comprised 25 percent of the construction workforce and 30 percent of the trades with California (42 percent), Texas (41 percent), New York (37 percent), Nevada (37 percent) and Florida (35 percent) holding the highest share of the construction workforce, according to a 2018 National Association of Home Builders’ Housing Economics analysis of 2016 ACS data. Plasterers and stucco masons had the largest share of immigrant workers (54 percent), but nearly half of the country’s drywall installers, ceiling tile installers, painters, carpet installers and roofers were non-natives, the analysis shows.

Now the Trump administration’s shift toward cracking down on undocumented workers across job sectors could upend the construction labor market and give employers cover to mistreat workers on the job.

Of the 700,000 individuals whose work permits were renewed under the federal government’s Deferred Action for Childhood Arrivals (DACA) program, an estimated 10 percent, or 70,000 people, work in construction. But since President Donald Trump rescinded the DACA program and its renewal remains a point of conflict in both federal courts and Congress, the people dependent on it are stuck in limbo. Add them to the other 30,000 construction workers receiving Temporary Protected Status, or TPS (another policy the White House wants to revoke) and you get as many as 100,000 construction workers at risk of deportation.

Mass deportations haven’t happened yet, but undocumented workers have been reporting instances of intimidation at work sites throughout the country.

Labor organizers claim that thousands of workers have been denied their salary with little to no recourse. They also report that some contractors have preemptively canceled work permits for those with TPS for the following year because of the program’s uncertain fate.

When drywall workers at a construction site in Nashville, Tenn. went on strike a month ago after not being paid for two weeks, their supervisor told them to get back to work or he would call ICE, according to Neidi Dominguez, the national strategic organizing coordinator for the International Union of Painters and Allied Trades.

“We filed a lawsuit, but labor law unfortunately is so weak when it comes to extortion and harassment with undocumented workers,” she said. “We have to be clear with workers there’s a risk they won’t get their back pay.”

According to legal experts, withholding pay is the most common form of harassment. But it can be hard to win those cases in court and even to get workers to show up in the first place.

“People are reluctant to come forward to pursue their claims because of ICE’s presence in courtroom,” said Elizabeth Jordan, a supervising attorney at Make the Road New York, a grassroots immigrant organizing group. “Smaller subcontractors are the ones hiring our clients and not paying them for their work but it’s very hard to go after even the bigger contractors and the kind of weakness in the laws makes it hard to hold big contractors responsible when their subcontractors aren’t paying the workers on the ground,” she lamented.

Sometimes workers experience day-to-day bullying from Trump-loving subcontractors who rub the president’s victory in their faces.

“We have a construction client who filed a claim for unpaid wages with the state Department of Labor who said that his supervisor was a Trump supporter and started treating the workers worse after the election,” Jordan said. “And a construction employer told one of our attorneys on the phone that Trump was right and ‘illegal’ immigrants were trying to take advantage of people who are here legally.”

Construction industry leaders have only just begun to grapple with how immigration policy will affect their workers and the broader labor market. Some states have begun passing protections for undocumented workers, but it’s unlikely that a Republican White House and Democratic governors will be on the same page any time soon.

Meanwhile tens of thousands of undocumented workers could be sitting on the sidelines.