Researchers’ Counterintuitive Conclusion? New York May Have Too Much Parking

Even so, the city is a model for how to make cities less car-reliant, experts say 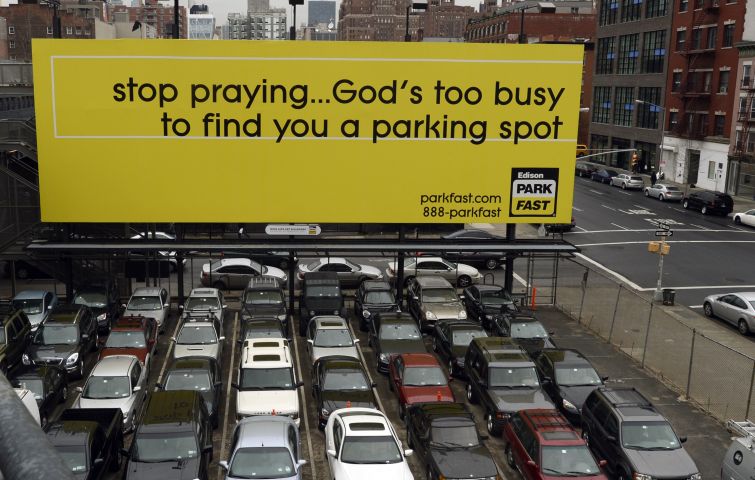 The parking woes of automotive New Yorkers are the stuff of legend, lamented in the tabloids and immortalized on the episode of Seinfeld in which Jerry Seinfeld’s bumbling friend George Costanza takes a job helping neighbors comply with those pernicious alternate-side commandments from on high. Even the title of the 2001 Calvin Trillin novel—Tepper Isn’t Going Out—conveys its protagonist’s attachment to a golden parking spot in front of his Upper West Side building.

But for all the arch drama and clumsy ballet of maneuvering ungainly vehicles into scarce eight-by-16-foot rectangles, little scientific inquiry has quantified whether Gothamites’ passion and fury is warranted. Eric Scharnhorst, a researcher who has worked in urban design with Denmark’s Gehl Architects, and the Mortgage Bankers Association’s Research Institute for Housing America, which published his work, gave Commercial Observer the first look at new research aimed, in part, to fill that gap.

The main problem, Scharnhorst found, is that parking spots proliferate like weeds: encouraged or even mandated by zoning ordinances, the number of places to leave a car can quickly outpace actual demand. Instead, the researcher and his colleagues in the world of parking academia hope cities like New York will consider market-based approaches instead.

In New York, one of five cities—chosen for their diversity of size—where he attempted to comprehensively catalog every last place to park a car—all 1.9 million spots, according to his research—Scharnhorst and other parking gurus see cause for praise and concern in equal measure. Contrary to car-reliant Los Angeles, where zoning rules require developers to ensure that just about every new dwelling built comes with designated parking stalls, Scharnhorst sees the Big Apple as a model for cities working to become less reliant on personal vehicles, because the city already thrives with restricted parking. Of the five cities he studied, which also included Philadelphia, Seattle, Des Moines, Iowa and Jackson, Wyo., only New York, with 0.6 spaces per household, has fewer parking spots than families.

That relative scarcity is replicated at the level of individual neighborhoods. In the areas of New York City where land is most valuable, like Midtown and Lower Manhattan, the economy supports 123 jobs per acre and 30 apartments per acre, but those neighborhoods only average 11 parking stalls per acre, according to Scharnhorst’s data.

Even so, that paltry tally is not a particular problem, the researcher found, because New Yorkers are far from dependent on cars to traverse their crowded metropolis. A 2013 study by the New York City Department of Transportation found that in the neighborhood near Downtown Brooklyn where Barclays Center hosts the Brooklyn Nets and the New York Islanders, more than half of metered spots lay unoccupied on non-event days, and 30 percent of spots remained available even when the Nets played. (The study didn’t cover Islanders games.) An occupancy survey separate for a parking garage in a dense Upper West Side residential neighborhood showed similar results.

“New York City has had a really extensive [mass-transit] network in place for a long time,” Scharnhorst observed in an interview with Commercial Observer. “People can live in the city and get everything they need” without cars.

Besides, the struggle to find parking discourages gridlock because people think twice about driving.

“Over time, as neighborhoods shed parking, they shed automobiles,” said Mikhail Chester, an engineering professor at Arizona State University. “That’s a powerful tool that you have at your disposal to reduce congestion.”

Donald Shoup, an urban-planning professor at University of California, Los Angeles, estimates that New York City’s parking spaces number 3 million, one-half more than Scharnhorst estimated, and that they take up the equivalent of 17 square miles of land—13 times the size of Central Park. (Neither researcher had a good explanation for why their guesses diverged so much.) Seeing inefficiencies at play, Shoup advocates for a market-based pricing plan for neighborhood parking that would require residents to buy permits and visitors to pay an hourly rate.

Today, only a minority of the city’s parking is metered. If half of its spots were, and each of those spots generated only $5.50 per day, New York would bring in $3 billion per year, Shoup estimated. Residents who balked at the added expense might be mollified by improved neighborhood services, he speculated. Some of the revenue could even be used to help the city ditch alternate-side parking schemes—designed to rid each side of the street of parked cars every other day to accommodate street cleaners—by paying for a larger sanitation workforce that could have enough people and equipment to clean around parked cars. Los Angeles, where policymakers and drivers alike have been pleased with a dynamic-pricing model, could serve as a positive precedent.

To Scharnhorst, the benefits of a possible permit system underscore that the current free-for-all is an inefficient result of residents’ stubborn insistence on unpaid spots—even if it necessitates the tri-weekly, alternate-side parking ballet.

“I think the political will [to reduce parking] isn’t there—but the market already is,” Scharnhorst said.

Scharnhorst now lives in Jackson, Wyo., where, according to his research, 61 percent of the central business area’s parking spaces are unused on typical days, even during the busy season for tourism. Those empty spots frustrate Scharnhorst, who recounted hearing of one local developer who unsuccessfully fought back against parking requirements on a new apartment project, only for the spots he built to sit unused much of the time.

“Squint your eyes, and [you can] see these open carports become more bedrooms,” Scharnhorst said.