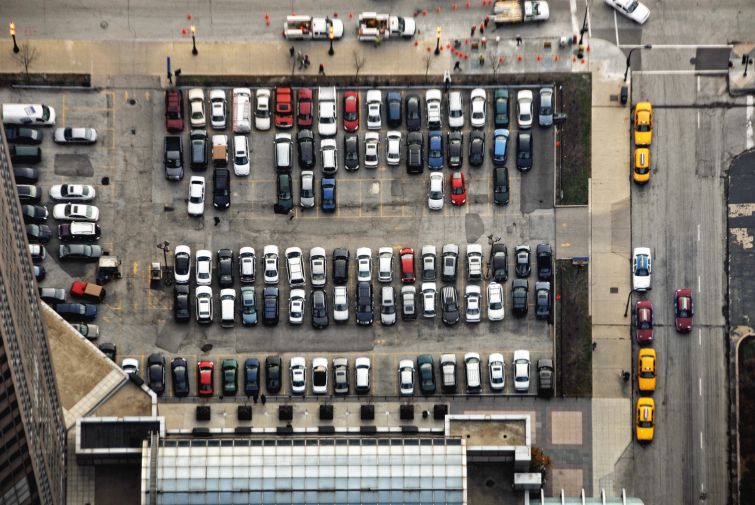 In car-reliant Los Angeles, researchers have long bemoaned arbitrary parking guidelines. The solution could be in a more market-based approach, according to a new book of research edited by University of California, Los Angeles professor Donald Shoup.

In his tome, Parking and the City, Shoup lauds the success of LA Express Park, a plan launched in 2012 to bring dynamic pricing to paid public parking spots. By raising and lowering prices in line with demand to ensure parking is neither under or overutilized, the program has been a massive improvement over prior, single-price models, and has gone down smoothly with residents.

“LA Express Park has aroused almost no political opposition,” Shoup wrote. “Most drivers don’t even seem to notice that prices are changing.”

Turning to a dynamic market to meter parking supply is a big step up from prior models, researchers agree, that were often heedless of drivers’ actual demand for spots. Results from a study of a rezoning in Los Angeles by University of California, Los Angeles urban-planning professor Michael Manville underscore this point. He researched what happened when, in 1999, that city enacted an ordinance, called adaptive reuse, that allowed developers to seamlessly convert formerly commercial or industrial buildings into apartments. Unlike for new buildings, where developers must set aside space for parking nearby, the ordinance allowed property managers to skip out on that, mandating only that they refrain from destroying existing spots.

The initiative was massively successful. Between 1999 and 2008, housing units created under the program accounted for more than 75 percent of new apartments in the section of Downtown Los Angeles that the ordinance applied to. In all, 6,900 adaptive reuse apartments came online during those 10 years, 60 percent more than were built in the area during the 30 years between 1970 and 2000.

“Most respondents said that without removing the parking requirements, the conversions would have been impossible,” Manville wrote.

Manville collected data on how projects incorporated parking into converted residential buildings bore out what developers were telling him. Downtown buildings converted to apartments under the ordinance averaged just three-fifths of an on-site parking space per apartment, a level that would have been illegal without the zoning reprieve. Instead, developers supplemented garage space with off-site parking, which would have been insufficient to meet the standards of Los Angeles’ laws for other parts of the city.

Even that minor concession could make or break a project’s budget, Manville concluded. For a five-apartment building with limited ground-level space available, setting up, say, four parking spots might only cost about $16,000 total. But if zoning laws require a fifth space for which there is not room, builders would have to contemplate an above- or below-grade structure to make the project fly—raising costs tens of thousands of dollars.

Of the 56 adaptive reuse projects Manville surveyed, 37 implemented parking strategies that would have been banned by Los Angeles’ laws in other areas of the city.

Shoup, an éminence grise in the world of parking research, has been studying the issue since at least the late 1970s. Most irksome, he said, is the arbitrary nature of local parking rules, which he described as heedless of research-based reasoning. After all, he said, most cities have no idea how many parking spaces they have.

The problem is exemplified by differing policies in the neighborhoods near the primary concert halls in San Francisco and Los Angeles. San Francisco strictly caps parking near its Davies Symphony Hall, while in Los Angeles, the city has implemented a strict floor on the number of spots near its downtown Walt Disney Concert Hall.

“L.A. requires, as a minimum, 50 times more parking that San Francisco requires as the maximum” near their music venues, Shoup said. “Someone has got to be wrong.”