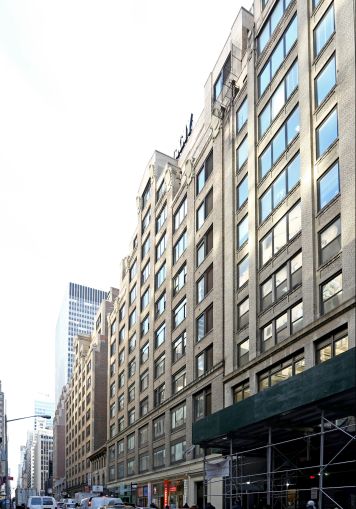 The Real Deal first reported that Sioni Group was in contract to purchase the asset from Olmstead Properties, J.P. Morgan Chase and Jonathan Rose Companies. The previous owners purchased the property from AEW Capital Management and Colliers ABR for $85 million in 2015, using $60 million in debt from Aareal Capital Corporation.

Although four other tenants also call the building home, Donna Karan’s DKNY fashion label occupies 143,000 square feet of its space, including a 3,000-square-foot penthouse floor with a 25-foot ceiling and windows on three sides, utilized as a showroom by the designer according to The New York Times.

The DKNY lease expires in July 2020 and is not expected to be renewed. Sioni Group is therefore said to be considering various repositioning alternatives for the 13-story building, which features 12-foot ceiling heights throughout the office portion and also includes 16,000 square feet of ground-floor retail.