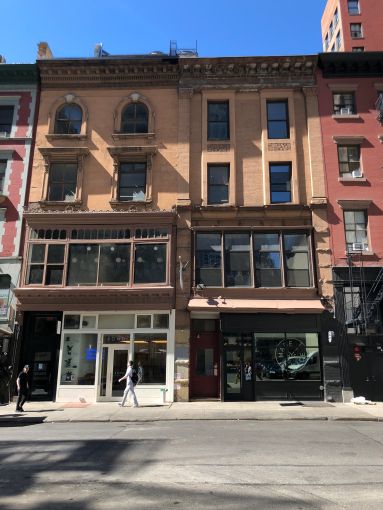 Korean celebrity chef Anna Kim signed a lease last week for a yet-to-be-named 6,300-square-foot restaurant at 8 West 28th Street between Broadway and Fifth Avenue in NoMad, according to sources familiar with the deal. Asking rent in the 12-year lease was $103 a square foot, or $650,000 a year. The restaurant will open in October on the entire second floor, with a small entrance at grade.

Kim is well known for judging culinary competitions, and earlier in her career, she did stints at Gordon Ramsay’s restaurant at the London hotel, the Four Seasons in San Francisco, Nobu at the Parc Hotel in Hawaii, and L’Atelier Joel Robuchon in Paris.

The tenant on the first floor at JTRE Holdings‘ building is Made Nice, a fast-casual salad and sandwich restaurant opened last year by the team behind the upscale, nearby Eleven Madison Park. Next door at 6 West 28th Street, another JTRE building, is Bondi Sushi, which took space in February, as CO previously reported, and Noda, a high-end omakase place.

Meanwhile, JTRE also secured a $26 million refinancing for the 50-foot-wide, four-story commercial building last week. Natixis provided the 10-year, interest-only loan, which has a loan-to-value ratio of 60 percent. A spokesperson for Natixis didn’t immediately respond to a request for comment.