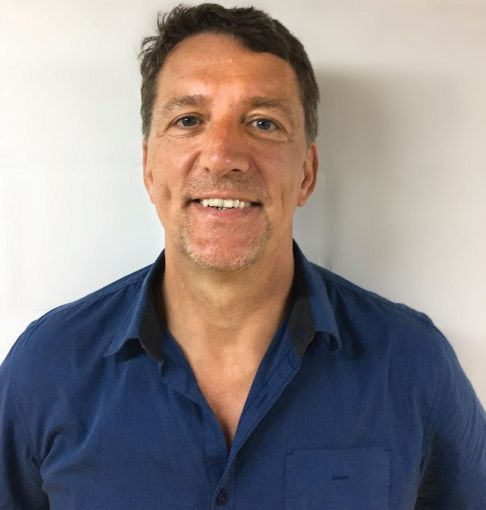 John Flynn is a man on a lonely mission: he leads one of a small handful of firms advocating on behalf of neglected borrowers and investors in commercial-mortgage securities. Why? He says they’re benighted by intentionally misleading deal narratives and data backing what is, in theory, the most transparent and highly scrutinized sector in real estate finance.

Flynn, the founder of Seattle-based Commercial Real Estate Loan Advisors, sees duplicity and double-dealing in just about every corner of today’s CMBS market, and now, he’s betting that the data will bear him out. A new partnership his firm has rolled out this summer with a CMBS fund manager—Flynn wouldn’t identify the entity—aims to serve as a direct information viaduct between borrowers and investors, to disrupt CMBS issuers’ ability to mediate what investors do and don’t know about underlying assets. It’s a wager on the value of full information in CMBS lending—in other words, a bet that today’s version of the sector isn’t nearly as transparent as it claims.

Flynn spoke to Commercial Observer last month by phone to castigate, as is his wont, just about every institution that touches a CMBS loan in America.

Commercial Observer: In criticizing the current state of CMBS, you come across as a renegade outsider. But you’ve worked in all aspects of this industry.

John Flynn: I’ve been in commercial real estate since going to Japan in 1991, where I worked for twelve years in Tokyo at a brokerage—Halifax. Then I jumped into special servicing with GMAC Commercial Mortgage, the predecessor to Berkadia. We purchased distressed loans from Japanese banks and then worked them out, through foreclosure. I did that until 2001, when I wanted to get out of Japan. I went to Australia, where I had a short stint in developing a 42-story building in downtown Sidney. [The developer] ran out of capital after that building, so I went over to the rating agencies, and that’s when I first entered into capital markets, first with Moody’s and then with Fitch. That’s really where I developed [the work] I do now.

How did that experience influence your current views?

You look at these big conduit pools, and you look at the numbers and the data. Anytime I saw something out of whack, the DSCR or the LTV or anything that looks strange, I would ask for more information from the issuer. But 99 percent of the time, that was just ignored. I kind of stuck that in my back pocket.

Today, your work is in advising distressed CMBS borrowers and investors. What are they up against, exactly?

The information flow is kept from them in such a way that they don’t know they’re being gamed. That’s where I come in and try to right that arbitrage on behalf of the borrower. They’re being victimized by the same information gap that is penalizing the investors.

Is it fair to say that smaller sponsors who back CMBS loans of limited size are the most affected?

I would say mid-tier and smaller borrowers. Look at the Flatiron [Hotel loan in Manhattan, a $22.5 million CMBS loan that was foreclosed after lenders seemed to ignore the sponsor’s checkered history]. The biggest one I’ve worked on was about $120 million. Sophisticated borrowers are able to afford better legal help, and are more knowledgeable.

But isn’t every borrower responsible for his own decision making, large or small? Shouldn’t he take some of the blame if a deal goes south?

It’s non-recourse lending, right? Borrowers are very careful 99 percent of the time, so they don’t violate those bad-boy carve-outs [in loan documents]. They’re doing all the right things. They’re giving the right information to the lender. It’s when the lender sells the loan is when the breaches occur. They don’t have access to Trepp: they don’t even know about Trepp.

What’s the single biggest kind of lender malfeasance borrowers need to watch out for?

Manufactured defaults, where the servicers [create] a default to get [the loan] over to special servicing. Many times I see a springing equity piece. The person who has that equity right, many times they have some sort of issue with their history that the lenders don’t want to tell the market. Then when the loan gets sold, it springs, and then off you go. Many times I see the lender throw them into default after that, even though they knew the whole while.

How well does the U.S. legal framework protect transaction parties compared with in Japan or Europe?

The U.S. system is very siloed. There are many state courts, and the PACER system [an electronic database for court filings] is decades old and cumbersome. You can’t find any information in there, and that’s by design. The PSA [purchase and sale agreement] may be under New York law, but other state courts don’t know about New York law. In other ways, the securitization process in the U.S. [is siloed too.] When someone is closing is a loan, that’s all they do. When they originate, that’s all they do. Then the closer hands it off to the securitization team, who hands it over to the lawyer. There’s a lot of steps there that move the loan away from the originator. I’ve met originators and I show them what finally went into the data tape [in the securitization market]. I see their jaws drop. They go, “what the hell?” They recognize [the duplicity], and then they want to run for cover. They don’t want to talk about it.

I got my teeth cut in countries with more rudimentary capital markets, in Asia, so I had to be a jack of all trades.

Did the U.S. framework just evolve this way, or do you see a system that’s stacked against borrowers?

It’s by design. Look, I’ve dealt with PSAs in Japan and Europe. In Japan, the PSAs are mixed right in with the prospectus. It’s all one document. Here, they’re two separate documents, and they’re, like, a thousand pages long. Experienced lawyers, the first time they open one, the first words out of their mouth are, “This is ridiculous.” Always. It’s by design.

What role do rating agencies play? Do they do a good job of scrutinizing deals?

The rating agencies only have information that the servicers give them. If they’re not told about this stuff, they can’t say anything about it. They need to be more adversarial with the servicers. Quite frankly, the atmosphere before the crisis in Fitch’s Chicago and New York offices—it was Enron-esque. You had a managing director sleeping with the bankers—it was that kind of atmosphere. They need to detach themselves from the servicers. The market will crash and burn if they don’t.

What do you mean by crash and burn? How do you see that happening?

If borrowers get keyed onto this, and CMBS is seen as a trap, they won’t want to go into CMBS. Will it be a crash and burn? No. But it will ruin the credibility of the market. It would just dry up issuance.

This is theoretically the sector of commercial real estate finance with the most transparent, publicly available data, with many different parties scrutinizing every deal. How do bad loans slip through?

All of the parties looking at it are complicit in seeing the deals sold, because that’s how they get paid. Yes, the documentation is a thousand pages, two thousand pages. Is it well documented? Well, there’s a lot of paper there. It’s like the Internet. A lot of information, but can you find anything useful?

Since the financial crisis, we’ve had a raft of new federal legislation and higher industry standards that claim to have made CMBS safer. Do you see all that as hot air? Has the scale of the problem shrunk, at least?

It’s hard to know what the scale of the problem is. I’m only one man, and I don’t see all of it. But I know that it’s there because everyone I talk to, my competitors, et cetera, are all saying the same thing. So I know I’m not crazy. I’d say, on my own accounting, 60 percent or 70 percent of what I look at has issues, ranging in severity from one to 10. But I’m looking at distressed loans, so maybe I’m biased that way. For distressed loans, I’d say 50 percent of them have lender complicity.

When you talk to servicers and lenders, to what extent do they acknowledge there’s a problem?

The consider that the borrower is not a party to the loan sale, so the borrower has no standing to comment on that sale. They refuse to acknowledge it.

What has the response been to your new initiative to share information directly from borrowers to traders and investors?

I am in the process of looking for borrowers [to sign up for sharing their loan files]. We’ve got about $20 billion in distressed files right now. I’m looking for everything down to small-balance loans. I think the sweet spot [loans of about] $10 million and up. Those [are big enough to] provide some lucrative fees for loan sellers.

Over the last few months you’ve been relentless in trying to get your message out in the trade media: I, and several other reporters, hear from you frequently. Why is talking to the press part of your strategy?

It’s communication. Borrowers can’t identify each other: try and find a borrower. Try to find the owner of a building. It’s very difficult to do. I’m trying to establish credibility and to get the message out. I’ve been thinking about this for a long time. The borrowers can’t communicate with each other on their own.