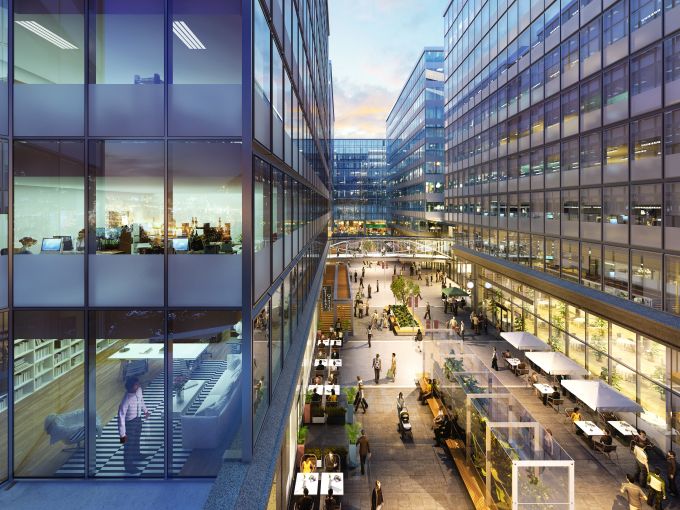 At completion, the massive Downtown project will deliver five mix-used buildings, the first of which—200 Massachusetts Avenue NW—was recently completed.

Property Group Partners brought C&W on board during pre-development, which was about five years ago, David Happ, senior vice president of leasing and operations at Property Group Partners, told Commercial Observer. While C&W did “a really good job,” Happ said, it was time for a change. A C&W spokeswoman declined to comment.

JLL’s Doug Mueller and Evan Behr will lead the team.

“Doug and Evan bring a great deal of energy and a really great perspective on the market—we have seen their success through the district their and we wanted to bring that Capitol Crossing,” Happ said.

Behr told CO that JLL and Property Group Partners have a history, as the brokerage previously leased the developer’s 1100 New York Avenue NW and 801 7th Street NW. “Both are known as some of the highest-quality buildings in D.C.—trophy in every way,” Behr said.

Behr called Capitol Crossing one of the “most complicated developments in the history of Washington, D.C.” Hovering over the I-395 highway, it will include three new city blocks reconnecting Capitol Hill and the East End. .

JLL is seeking tech companies, media associations, law firms, government affairs offices and the creative class to occupy the 12-story tower at 200 Massachusetts Avenue NW and the two 12-story connecting towers at 250 Massachusetts Avenue NW, which are slated for completion in the third quarter of 2019, Mueller told CO. The brokers, who would not disclose asking rents, are working on a branding strategy, which they will unveil in September.

The American Petroleum Institute will occupy about 78,000 square feet across two floors at 200 Massachusetts Avenue. Property Group Partners announced that API, the national trade organization for the oil and natural gas industry, signed a lease last October, as per the Washington Business Journal. The company will move-in in the first quarter of 2019, Behr said.

Streetsense|CBRE will lease Capitol Crossing’s retail spaces, according to the Washington Business Journal, which first reported the news that Property Group Partners swapped C&W for JLL. (In November 2017, CBRE announced it acquired a 50 percent interest in Streetsense, a privately held strategy and design company, and that included Streetsense’s retail brokerage operation serving the Washington, D.C. area.) The publication reported in August 2017 that Danny Meyer of Union Square Hospitality Group will open two restaurants at the development.

No other office or retail tenants have been announced.

Update: This story has been edited to include remarks from Property Group Partners.